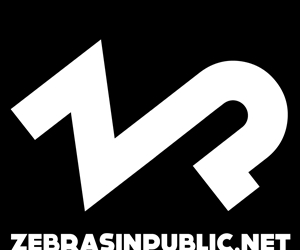 &ldquo;We are all the same.&rdquo; That short, simple statement boldly exclaims the meaning behind the name of rock/soul band, ZEBRAS IN PUBLIC. The public is a conglomerate of different races, religions, nationalities and social backgrounds; but we ... Read More

“We are all the same.” That short, simple statement boldly exclaims the meaning behind the name of rock/soul band, ZEBRAS IN PUBLIC. The public is a conglomerate of different races, religions, nationalities and social backgrounds; but we all bleed and breathe the same.

After playing in different bands, guitarist Ian, decided to follow his heart and set out to create something that would really capture the essence of the music in his soul. He didn’t have far to look for other musicians. Drummer Chris and Bassist Justin were childhood friends that were also in a dry spell musically, and looking to join a new, fresh band. After rocking out for a while, they were still missing that special element, a lead singer. That person came in hip hop/soul singer, Zebediah. The chemistry between the rock musicians, and soul singer, proved to be a musical entity that is missing in the current climate of the music industry.

With musical inspirations ranging from Jimi Hendrix, The Beatles, Bob Marley, Stevie Ray Vaughn, Jay Z, System of a Down, Coldplay, and Thelonious Monk, the band has amassed the knowledge of what it takes to be artistic legends. With a rock edge that will get attention, and the soulful touch that adds that newness to a manufactured industry, ZEBRAS IN PUBLICare here to prove that great music still exists, we are all ZEBRAS IN PUBLIC.

Enjoing music and videos from Zebras in Public... cool. Drop them a few dollars for support below.