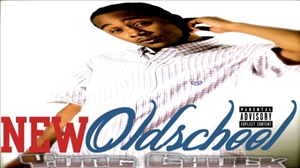 Northwest Ohio'sHOTTESTUp comingRapper ..&ldquo;Yung Chuck&rdquo;.. is one of the Midwest's most talented rappers in the game. Yung Chuck has been ..Blazing the Stages.. across the Midwest from ..Ohio to Chicago,..his music can even be heard throught... Read More

Northwest Ohio'sHOTTESTUp comingRapper ..“Yung Chuck”.. is one of the Midwest's most talented rappers in the game. Yung Chuck has been ..Blazing the Stages.. across the Midwest from ..Ohio to Chicago,..his music can even be heard throught the streets of the ..Dirty South... Yung Chuck has a hot stage performance presence; he interacts with the crowd and keeps them wanting more. He has been rapping since the tender age of 14 now he lives his own reality by trying to make it to the mainstream. .. Yung Chuck lives on the Southside of Toledo, Ohio where things aren’t all that peachy, in fact there are alot of known gangs, and violence in that area but Yung Chuck decided to take the high road and rose to the occasion to do positive things in his life. He's not a cocky, arrogant, disrespectful person in fact he's just the opposite, he's is a humble, loyal, and a real person to be around. .. Yung Chuck has a unique style, he has a swag out this world that makes the ladies and fellas embrace him and his music. Yung Chuck has a love and deep passion for his craft, which is music. One thing that separates’ him from the other local rappers out of Toledo, Ohio is he doesn't get caught up on that local celebrity status as many rapper do. Yung Chuck writes his own music, records his own self, creates his own beats, and engineers his work from the mixing to the mastering he does it all. .. Not only is Yung chuck a ..Rapper, Songwriter, & Hitmaker,.. but he is a ..Father, Brother, Son... While being a father one thing that Yung Chuck does, is he puts his family first then his music. Because at the end of the day his family is who he has to come home to every night and he knows tomorrow is not promised to any of us. .. Yung Chuck is high school graduate and is currently employed at ..Wright Tyme Studios.., which is Northwest Ohio's & Southeast Michigan’s Premier Recording Studio. Which is located in Toledo, Ohio also known as the .."Glass City".. His position with the company is Engineer, he runs sessions for the C Room. He has a love for the music game, and is really serious about his music. He feels to get things done right and get a true understanding about the recording process sometimes you have to do it yourself even if that means he wears many hats. .. In 2008, Yung Chuck was signed by ..Frank Wright CEO.. of the independent label ..Flip N Flex Records,.. located in his hometown Toledo, Ohio that is under the direction by ..President Casey L. Casey.. .. Yung Chuck is a paid artist with an ..established and increasing fan base.. is currently available to do shows if you would like to book Yung Chuck for any school, parties or other engagements email yungchuck@rocketmail.com .. ...... .. PRESS | BOOKING | INTERVIEWS.. --------------------------------------.. TYME MANAGEMENT.. T Page,.. Publicist | Artist Representation.. 419 810 9001.. tpage_online@yahoo.com.. .

Enjoing music and videos from Yung Chuck... cool. Drop them a few dollars for support below.