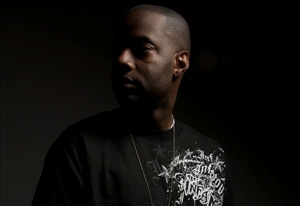 Will Dynamite comes to Los Angeles from Bellwood, Chicago, in hopes of pursuing and continuing his musical ventures. He is a vivacious, and extremely talented young man, who is a master at rap, but apreciates all genres of music and aspires to produc... Read More

rapper from the Cincinnati area, mostly freestyle artist but write alot too. i'm all over the internet hit me up show love and i'll return it. much luv to every1 out there grindin.

SUP, MY NAME STARKS. IM AN ARTIST OUT OF JERSEY JUST TRYIN GET MINES... BEEN DOIN IT FOR 15 YEARS AN COUNTIN... IM NEVER GONE STOP!!! MY LOVE FOR THE MUSIC IS TO DEEP.. YOU CAN GO TO REVERBNATION.COM/STARKS6BLOCK AN DOWNLOAD THE TRACK YOU HEAR ...

Will Dynamite comes to Los Angeles from Bellwood, Chicago, in hopes of pursuing and continuing his musical ventures. He is a vivacious, and extremely talented young man, who is a master at rap, but apreciates all genres of music and aspires to produce all kinds of music one day.. He can carry himself in any situation, with not only his good looks, but his ability to talk to anyone. He currently attends the LA Music Academy in Pasadena, California, where he also now resides.Will is literally a triple threat, as he has a mean voice for rap that commands your attention, he is also involved in music production and has a limber, perfectly-toned body for dance. Hes the whole package, with a personality to match.Will got his start doing local talent shows and finding any stage that would have him. His fans are loyal and true believers in his talents and abilities, as am I... Will is also the center of his LA based band E.Y.M. a magical mix of voice, rap, and rhythm, and Industry Fantasy. His vocals are smooth, silky, and soulful. He can put his spin on any track and make it magical. He is truly a gift to the music industry and has so much more to share in the Hip Hop world.Biography written by Music Critic Alison Nicole Osmond

Enjoing music and videos from Will Dynamite... cool. Drop them a few dollars for support below.