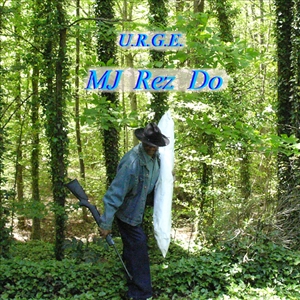 Victor is a multi-talented musician, singer, song writer, and producer but his main instruments are the wood winds.(saxes, clarinets and flutes)His career started at an early age while he was still in Jr High School, ( middle school) playing his firs... Read More

band members: Michael Glenn, Mark Warren, Billiam. we are an instrumental group that pays tribute to the music styles of the late 1960s and 1970s. using backward effects, guitar pedals, and strange synth sounds is our speciality. thanks for checking ...

Marc A. Medley is an instrumental jazz artist who officially broke onto the scene in 2011 with his first release Go Up On The Third Limb. His second release The Wrinkled Rag was just released in March 2013.Mr. Medley is also the host of The Reading C...

Victor is a multi-talented musician, singer, song writer, and producer but his main instruments are the wood winds.(saxes, clarinets and flutes)His career started at an early age while he was still in Jr High School, ( middle school) playing his first big professional gig at CBS Television on a summer time music show which was hosted by famed comedian Marty Engels. Mr. Engels personally praised Victors flute playing. Victor would later go on to 20th Century records to be under the direction of producer Bob Crewe ,(who made his mark with Frankie Valli And The Four Seasons in the 50s and 60s ) during the 11th Hour band and The Bob Crewe Generation campaign of the disco 70s and he also spent some time at A&M Records on a few projects. Victor has jammed with many well known musicians including Larry Dunn keyboardist from the original Earth, Wind & Fire, drummer Daryl Clifton of Blood Stone and Latin Jazz artist The Garcia Brothers. Over the years he has shared the stage and show venues with some well known names such as Tito Puente ,Tierra, Malo, War, Carlos Santana and Sheryl Lynn.Victor also had the chance to play at many Southern California venues like The Hop,The Paladium, The Lighthouse, The Strand, Mavericks Flats, Concerts By The Sea and The Glen Helen Pavilion.Victor, The U.nited R.hythm & G.roove E.xchange and Heaven & Earth Studios offers a variety of music from classical to gospel and even a little rock and many times his music reflects a mixture of the different musical styles , all performed, engineered, mixed and mastered by Victor with special guests showing up every now and then.His latest project “Let Your Mind Fly” is a smooth mix of Latin Jazz and Smooth Jazz and is due to be realeased in 2011. The Title Track is available as a vocal single version at cdbaby.com along with many other music sites and will be also on the cd as a vocal-jazz version. So let your mind fly to the sounds of The United Rhythm & Groove Exchange. Peace. Out.

Enjoing music and videos from victormcclain... cool. Drop them a few dollars for support below.