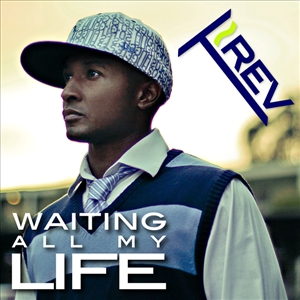 GIEL is a Miami-native Christian Artist, who has been encouraging the body of Christ one listener at a time. With a message of the hope and love found in Christ Jesus, GIEL is spreading the gospel through song through humble lyrics and inviting smoot...

T~Rev (born Travis L. Carter II) is an African American singer, writer, producer, actor, and minister. The Canton, Ohio native has all the ingredients to be a Christian/R&B/Hip Hop sensation. He uses catchy melodies, strong hooks, thought provoking lyrics and relevant dialect to lace captivating Hip Hop, RnB, Pop, and Gospel infused tracks to allure the masses of every age and race. "I want my legacy to emulate that of U2, Bob Marley, Michael Jackson, Kirk Franklin, LaCrae, and any other entertainer whose art contains impelling sustenance."

T~Rev now resides in Los Angeles and has broadened his horizons in the entertainment and ministry trade. He founded Reach For the Stars Ministries, whose mission is to spiritually enlighten and stabilize the entertainment industry through the knowledge of Christ. T~Rev is also a co-owner of the cutting edge Transmedia Company, One 3 Productions.

One 3 Productions recently released his hit single and music video Yiggy Yes Yallin' (John Wallin'), which received a warm reception getting over 100,000 views on Youtube within a 30 day period. This release incited major media coverage in Kentucky on LEX18 News, 104.5 fm The Cat, and Fox Sports Radio- The Joe B and Denny Show. These platforms have created a major buzz and demand for T~Rev's debut album Waiting All My Life.

T~Rev was raised in a musical family and was groomed from birth for entertainment. Unfortunately at the age of ten, T~Rev's mother was murdered in their Richmond, CA home while he and his three brothers slept through the malevolent act. T~Rev is not one to complain though. " Just about everyone has a sad story these days. I am no different except I fuse my experiences into motivation, and wisdom." A hard knock life provides a window into the grace he experienced throughout his life, with every situation molding him into the artist and leader that T~Rev is today.

As an adolescent, T~Rev moved back to Ohio and started a music group called the School Boyz with two of his brothers and another pair of brothers he met in Jr. high. Within months they began winning talent shows, opening for major acts, producing, and promoting their own events. The eminent group was hired as choreographers and dancers for the late Gerald Levert and the first demo they recorded was written and produced by the highly acclaimed, Carl Sturken and Evan Rogers.

In 2004 the group dismantled due to irreconcilable differences and now T~Rev embarks on his solo career and continues to make his mark in the music and entertainment industry. "I believe I have been called on to bring a positive flare to the mainstream and inspire youth groups and churches around the nation." With new avenues and strategic partnerships T~Rev prays that the impact from Waiting All My Life will spread far beyond the music and into the lives of believers and nonbelievers across the world.

Enjoing music and videos from Trevmusic... cool. Drop them a few dollars for support below.