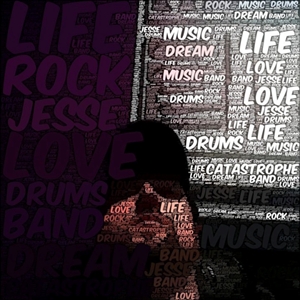 Ever since I was a young starry eyed 16 year old in my first rock band back in 10th grade, I wanted to make a career out of music. The actual music bug hit me at a very young age, circa 1991 at the age of 9. My older brother ... Read More

&ldquo;We are all the same.&rdquo; That short, simple statement boldly exclaims the meaning behind the name of rock/soul band, ZEBRAS IN PUBLIC. The public is a conglomerate of different races, religions, nationalities and social backgrounds; but we ...

A brand new and exciting chapter has begun recently for Orange Grove with the release of their second studio album "Fingerprint". Since their first studio sessions together two years ago, the band had grown in sound and skill and this became very obv...

Ever since I was a young starry eyed 16 year old in my first rock band back in 10th grade, I wanted to make a career out of music. The actual music bug hit me at a very young age, circa 1991 at the age of 9. My older brother at the time had gotten into the school band as a drummer, and as the younger sibling, I always wanted to do what he was doing... much to his disappointment. So when I was old enough to join the school band in 3rd grade I immediately went for the drums. I stayed in the school band up until 6th grade in Middle School. By that time I had grown tired of playing just the snare drum, and had wanted to move on to playing a full drum kit as that was the envy of every snare player in the band. Since the full kit was only for 8th graders, I decided to quit and seek out private lessons. After several months of private lessons taught by one of the best drummers in the area, I once again was stuck playing just a snare drum. Thats when I decided to take matters into my own hands.

After several stagnant years of begging my parents every Christmas for a full drum kit, my wish finally came true on the Christmas of 1998... much to the dismay of the neighbors. I was like a fat kid in candy shop, and every waking moment was spent teaching myself how to use it. Every day after school, you would find me in my parents attic for hours on end playing along with my favorite songs and improvising as much as possible. The playing would immediately stop just before my parents were due to be home from work... because of my anxiety I was deathly afraid of knowing that someone was hearing me play (even though the entire neighborhood could hear it, go figure).

It was one of these days after school that, and fate would have it, a kid my age was in the neighborhood and heard me playing. During a break from playing, I heard clapping coming from outside, then the doorbell. Immediately embarrassed due to my anxiety, I ran downstairs and answered the door. The kid was looking for a drummer for his band and was impressed with my playing. Reluctantly I told him that I would join because my drive to improve my playing just slightly outweighed my anxious fear. While that band never even played a show, it got me into the local music scene. From there I met, and had the pleasure to play with, and be in bands with, many amazing musicians that I am proud to say are still my friends to this day. While the sting of anxiety was still very prevalent, I managed to hide it by pretending the audience didnt exist, and that I was alone in my parents attic playing along to some songs.

It was during this time that I started picking up other instruments such as the guitar because of the creative potential it possessed. As with the drum kit, I decided that the best way to learn how to play was to simply teach myself without the benefit of books or lessons, but just playing it non stop in the safety of my own room where no one would be able to hear me or judge me. Thanks to my friends at the time, they eventually encouraged me to jam with them... which was only possible due to alcohol depressing my anxiety.

While I had written riffs and licks for the bands I was in throughout the years, I had always wanted to write and perform my own solo written music, but that was way to personal of a task, and made me feel vulnerable... so I kept it as a silly dream, and moved on. Finally, as a 30 year old, I finally decided it was time to take charge of my anxiety and not let it dictate my life. I was put on medication that relieved me of my shyness and vulnerability, and finally gave me the courage to pursue my dream. So by August of 2012, I had saved up enough money to invest in my own home studio, and havent looked back. Now, while Im still writing and recording all by myself, I am no longer afraid of putting myself out there and sharing myself through my music... and I hope that all of you enjoy what I painstakingly create.

Enjoing music and videos from TheKeroseneLetter... cool. Drop them a few dollars for support below.