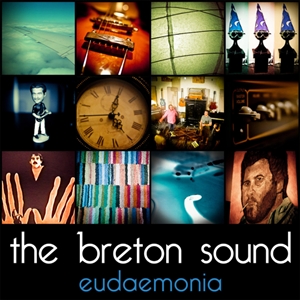 The Breton Sound, a band that takes their name from a sound of the Gulf of Mexico that makes up part of the coastline of their beloved home state of Louisiana, is a joint venture between New Orleans natives Jonathan Pretus (vocals/guitar) and Stephen... Read More

The Breton Sound, a band that takes their name from a sound of the Gulf of Mexico that makes up part of the coastline of their beloved home state of Louisiana, is a joint venture between New Orleans natives Jonathan Pretus (vocals/guitar) and Stephen Turner (lead guitar). After breaking with the mega-tour southern show band Cowboy Mouth in 2010, Pretus decided to rejoin forces with Turner, a college friend, to focus on collaborative songwriting and a return to their musical roots.

Pretus and Turner met at LSU in Baton Rouge, where they played together in a Weezer cover band called tWeezer. “Essentially, tWeezer started off as a joke that ended up taking off into 3 years of playing,” Pretus says. After graduating in 2004 the band dissembled, and Turner went on to form an instrumental prog-rock band called Epic while Pretus founded The Garden District, a rock outfit that released an album that included tracks produced by Tom Drummond of Better Than Ezra and Fred LeBlanc of Cowboy Mouth.

After the Garden District band broke up in early 2007, Pretus was asked to join Cowboy Mouth full-time as rhythm guitarist and spent nearly 3 years with the band, touring 250 days a year and playing approximately 700 shows. An appearance on Live with Regis & Kelly and a 2-week tour of U.S. Army bases in Iraq rounded out the year of 2009.

Pretus made the difficult decision to leave the band soon afterward, citing personal and creative differences. Turner’s band, Epic, had since broken up as well and both musicians found themselves wanting to try in earnest to do something with the songs they’d been writing together informally for years. The decision to record an EP came quickly, and after hearing initial demos, old producing partner Tom Drummond signed on again to produce. The duo brought in college friend Jason Navo (bass), who had also played in tWeezer and was now a Nashville session musician, and other close friend Wes Kennison (drums) from Baton Rouge to play on the debut EP, which was recorded at Fudge Studios in New Orleans and eventually namedEudaemonia.After the completion and release of the EP in September 2011, Jonathan’s brother, Brian, was brought in to play bass and freelance drummer Chris Arceneaux was added to the live show lineup.

Although Turner and Pretus grew up on very different influences—Turner with Rush and Van Halen and Pretus with The Beatles and Oasis—they’ve found their niche somewhere outside both these soundscapes, still playing straightforward power-pop but adding layers of lush melodics and creatively delivered lyrical lines that are honest and accessible but also showcase the players’ individual talents. After a big marketing and promotional push forEudaemoniain Fall 2011, Pretus and Turner are spending the following months touring the Southeast behind the record to better establish their new band identity. Plans to record a new EP and the release of individual tracks both locally and online in 2012 will solidify them as a group and help to make a name for The Breton Sound, a band in which both Turner and Pretus say they have finally found their fit.

Enjoing music and videos from TheBretonSound... cool. Drop them a few dollars for support below.