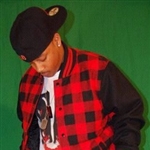 un signed artist from Georgia with a 90s feel. known for punchlines and delivery and also making hits

THE PASTFlyz born August 6, 1991 started rapping at the age of 16 and was more of a back ground type of personality. He was heavy into promotion until 2009 when he dropped his very first single "Gotta Grind" with South Side Raw which gave him a break...

Relax. Listen. Experience the thoughts of a free mind, and open your own. Reece Guevara is the perfect mixture of modern, calming, mainstream hip-hop with a twist of intelligence, morality, spirituality, wisdom and love. Vibe to this sound. Ride to t...