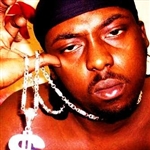 BIOGRAPHY: Str8-Lace a.k.a Lance Jackson was born In Tucson AZ, 1984 Raised in the West Coast (California) from 5 years of age living in the Mid West (Chicago) till 8. He resides now, in the Bay Area (Fairfield) California where he say's "it really ... Read More

Junior Ratedare straight out of Cincinnati, Ohio from the neighborhoods of Bondhill (Wann), Skyline (Breez), and Mt. Healthy (Dae Dae). This talented group consists of 3 hard working individuals: Wann, Breez and Dae Dae. Each of us have had certain p...

Bio: Gift (noun - 1. something given voluntarily without payment in return, as to show favor toward someone, honor an occasion, or make a gesture of assistance; present. 2. the act of giving. 3. something bestowed or acquired without any partic...

BIOGRAPHY: Str8-Lace a.k.a Lance Jackson was born In Tucson AZ, 1984 Raised in the West Coast (California) from 5 years of age living in the Mid West (Chicago) till 8. He resides now, in the Bay Area (Fairfield) California where he say's "it really goes down" Therefore, you might guess, his lyrics include a variety of topics, as he flows about everything from street life (prostitution, corruption, family problems in a form of hip hop/hyphy/crunk/rap. Positively converts his own personal belongings, to form of partying and whatever else inspires him.

Str8-lace graduated in 2003 at the age of 19 Fairfield adult school, from being kicked out of all the Fairfield district schools. He had to go to a Vacaville school district to better his lifestyle he was going down. (Juvenile hall) to county jail He then when on and entered College for Music Technology at Diablo Valley College in Concord Ca. He soon started performing live for talent shows, battles, house parties and other events he could get to!

Starting at the age of 13 (1997) he wrote his first rap, little that he knew that putting that pen down changed his whole lifestyle forever. Consistently working at the age of 16 he went to his first real Recording Studio, In Vallejo Ca where he signed to a record deal with a small label called Flawless Records and made his first album. Name"Str8-Laced Wid it" in 2000. (Which was a year contract) and only sold 500 units in the trunk. In 2001 he then started his own record company called "Crook-ed Army Records underground "learning from his cousins and former c.e.o. "one thang" of "Flawless Records". Str8-lace branched off more towards his peers and Started a group called Crook-ed army"! "That didn't go to well” selling only 200 units alone around the county of Solano. He and his group broke up after releasing the MIXTAPE "MOST IGNANT LABEL". he went back to the drawing board, to work on his SOLO career of music, and met his high school sweetheart, (Terceira) a.k.a "Kahli" who is now Co owner of Crook-ed Army Ent, and has a lil Str8-lace name "Landen" a.k.a "Yung Land", She hooked him up with her brother in law "Milticket" of Milticket productions in Sacramento ca. Str8-lace still till this day records there and makes mix tapes with Milticket productions. Now he has branched off with infamous 707 very Studio "GAS CHAMBER" (Suisun city ca) and got a sweet deal with the owner "Studio B" a.k.a Bryant Where he got to work with allot more artist's and collaborated on allot more albums and mixtapes, and now HE HAS STARTED HIS OWN RECORDING STUDIO, WHICH HE AS STARTED WORKING WITH HIS NEW Artist’s: KAHLI MA, GEEZY JONES, HAROLD JOHN, AND MANY MORE WITH DJ's, in the BAY AREA.

Enjoing music and videos from Str8 Lace... cool. Drop them a few dollars for support below.