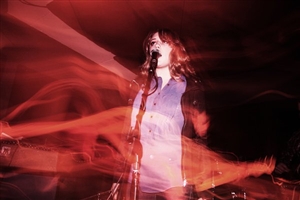 Seemingly frozen in a time capsule since 1966, garage rockers Stately Ghosts have possessed the NYC indie scene with their paranormal brand of retro sounds.

British-born vocalist Abigail Carson learned to sing the blues the hard way, as street musician living off the gratuities she earned in Australia. Now teamed up with several NYC veteran musicians she crafts tunes influenced by the 60’s Chicago blues and garage rock sound.

Enjoing music and videos from Stately Ghosts... cool. Drop them a few dollars for support below.