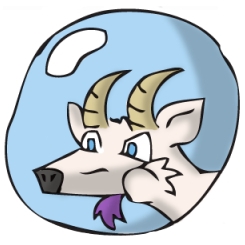 BiographyIn early 2012, Singer-Songwriter Phil Romeo took a break from various rock and function bands to return to his acoustic roots. With the addition of Benjamin Patterson on guitar, the duo soon found themselves jamming with Michael Bradshaw, a ... Read More

BiographyIn early 2012, Singer-Songwriter Phil Romeo took a break from various rock and function bands to return to his acoustic roots. With the addition of Benjamin Patterson on guitar, the duo soon found themselves jamming with Michael Bradshaw, a talented local beatboxer. After several successful performances under the name SPACEGOAT, the band recruited Gregg Dadson, a bass player and old friend of Bens.Within a couple of months the band had pulled together a few demos, hit the road and found themselves on Milton Keynes based "Wake the Nation" radio. With an album expected to be released by the end of 2012, there are already whisperings of promoters being potentially interested in a small US tour early-mid 2013.[Random Quotes]“Well, what can we say? We thought that wed go and support the boys with their first full gig, there was not an ounce of disappointment in the house! With a mix of fab covers and tracks from their debut EP, Spacegoat worked the crowd with the style and panache of professionals. Their unique sound mixed with the on stage banter is great!! Spacegoat introduced local friends to the stage during the evening- 3 days of Freedom (who were equally as excellent). Well done boys, looking forward to the next gig :) Sweetpea . X” - Sarah Cinnamond.“Fantastic night on Sunday with SPACEGOAT, was so impressed with their talent, glad so many of you got here to enjoy them and give us all the positive feedback. We really cannot wait to get them back in the very NEAR future. You were great guys!” – The Royal Oak, St Ives."SPACEGOAT: the sound goats make when propelled into space! This sound thus rocks thy socks!" - Rob.DescriptionAcoustic, Bass and Beatbox band based in Bedfordshire. Sometimes with keyboards. Serious music. Srsly.SPACEGOAT has been compared to four unusual gears that, despite all logic, somehow fit together and work in harmony. Four quirky characters, armed each with individual talents that are brought forward on stage, the music is both easy on the ears and energetic on the feet. Acoustic guitars and bass layer up a distinguishable wall of sound, whilst electric guitars and keyboards sly in extra melodies and dimensions of music. Vocalists switch roles mid-set and mid-song to keep the atmosphere fresh and interesting. Finally, beatboxing punches through clearly, without smothering the music in a cantankerous mess like some drumkits do.Best enjoyed with a tall glass of perspective.

Enjoing music and videos from spacegoatuk... cool. Drop them a few dollars for support below.