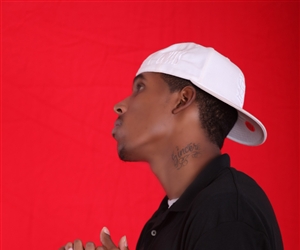 Sharron Lee Scott was born august 25 1985 in Pittsburg, PA. Since the young age of 13 he has been singing and sharpening his vocal skills. As a writer Sincere has developed a writing style comparable to some of today&rsquo;s hottest writers. Sincere ... Read More

Ava Bella, born Melissa Jones, is a colorful, creative vocalist, songwriter producer, poet, and author born and raised in Kansas City, Missouri. Ava developed her passion by listening to artists her father played on Saturday nights such as Anita Bake...

Big Jim, protege of Gerald Levert, debuted in 1998 with the group III Frum Tha Soul with a self-titled LP issued on RCA. He came back with his first solo CD "Commitment Episode 1" on Platinum Soul Music Group and now he is back with his new LP Whatev...

Sharron Lee Scott was born august 25 1985 in Pittsburg, PA. Since the young age of 13 he has been singing and sharpening his vocal skills. As a writer Sincere has developed a writing style comparable to some of today’s hottest writers. Sincere draws his musical inspiration from his parents, wife and child who supply the vocalist with the necessary love and values to pen timeless music. Citing musical influences such as R&B legends Luther Vandross, Freddie Jackson, Johnny Gill and more recently urban icons Music Soulchild and Tyrese Sincere is on a quest to be mentioned musically with these great R&B singers. Having been noticed by Chris “Brooklyn” Whitfield from Goodfellaz Entertainment and Hawaii’s premier go to producer David “Mo Luv” Moore, the two music men quickly sought out the services of the young artist and the early work has been incredible. Already several songs into his debut yet still untitled album, the chemistry and quality of work has been something to behold. Ready to take the music industry by storm, Sincere is one of the brightest new comers on the R&B scene and is destined to become an international star.

Enjoing music and videos from Sincere... cool. Drop them a few dollars for support below.