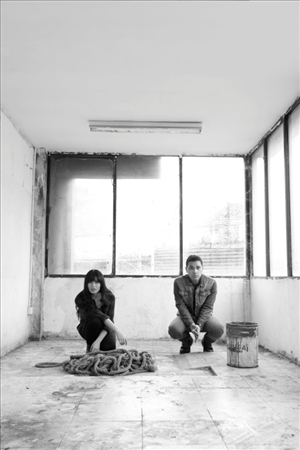 We rock like Green Day, but a little more pop!

Our Music style has influences such as, Pearl Jam, AudioSlave, Black Sabbath, Sex Pistols etc... I would say we are Rock/Alternative/Grunge/Punk..

Scaller are an indie rock band formed in 2012, Jakarta, Indonesia. The group consists of Reney Karamoy ( guitar, vocal ), and Stella Gareth ( vocal, synth ). Specifically, the band\\s most prominent influences are The Beatles, Radiohead and Janis Joplin.

Scaller is an abbreviation of "Simply Called Reverse". The word "Reverse" defines the philosophy of their music that combine everything in roots of music from 60s to 00 into new sounds that represent themselves.In 2009, the band gained their reputation playing bars and major events in Jakarta called themselves Spotlight. In 2012, they decided to focus making their own songs and recorded first EP debut titled "1991".Now their recent activities are promoting their first EP with single "Live and Do" to radios and participates in live gigs.

Enjoing music and videos from Scaller... cool. Drop them a few dollars for support below.