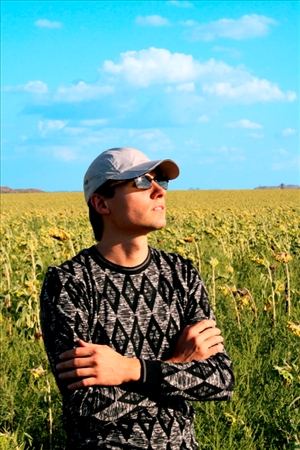 At the age of 7 Ukrainian neo classical composer Sergey Rybytskyy was lured to the piano in a way similar to Edgar Allen Poe’s character in “The Tell-Tale Heart” was drawn to the heartbeat under the floor. That haunting call has never left Rybyt... Read More

Twisted have earned the reputation as Bristol&rsquo;s only original no-nonsense, hard rock band and have built a dedicated following of loyal fans. Packing live performances in front of their famous wall of Marshall amps, Twisted are the ultimate in...

Laurier Tiernan is a French-Canadian singer-songwriter. He was born with Marfan Syndrome; a genetic malformation that causes an often fatal heart condition. On March 6th, 2008, he almost died when his aorta suddenly started rupturing. Luckily, he was...

We are Poltern Kinder a 4 piece all original Progressive/ Rock/ Metal band out of Hammond Louisiana. We have an explosive sound that is both melodic and heavy. One of the things that separate us from our peers in this genre is the vocal presentation....

At the age of 7 Ukrainian neo classical composer Sergey Rybytskyy was lured to the piano in a way similar to Edgar Allen Poe’s character in “The Tell-Tale Heart” was drawn to the heartbeat under the floor. That haunting call has never left Rybytskyy and instead of attempting to resist the attraction he allows it to run wild. In addition to this unrelenting passion Rybytskyy has taken the appropriate steps to fine tune his craft by attending multiple courses from Dnepropetrovsk Music College as well as receiving private lessons from talented musician and piano virtuoso Vladimir Skuratovsky. Rybytskyy was able to do this while essentially leading a second life as he completed engineering school and began a career to pay his bills in the mining engineer field. When Rybytskyy leaves the mining world he often enters into his own mental lair for song writing and recording.

Rybytskyy’s musical influences cover a vast range from Alice Cooper to Marty Friedman. The primary drive of his music is to create an emotional experience for the listener that is original, lively, and refined. While the music would be used mostly for soundtracks commercially Rybytskyy’s music can actually tell a story by itself. Rybytskyy’s main instrument of choice is the keyboard but there are also a variety of other instruments used which allows a wide range of synthetic and authentic sounds that create a palpable atmosphere that invites the listener to escape into the musical world that Rybytskyy has created.

Rybytskyy’s released his debut album “New Vista” in 2012 to the welcoming arms of classical music, prog rock, and neo classical metal fans. The album was perceived as a work apart from the formulaic, stylistic labelings that most music in this generation falls under as the album swoons from ambient sounds to driving drums. Amped Sounds marveled at Rybytskyy’s ability to combine this wide variety of influences and genres to create a “musical experience within itself.” Indie Music Digest stated that “New Vista is definitely a dynamic and progressive musical statement that offers a lot of musical variety via vivid sound and brilliant creative energy.”

A signal of the fervor with which Rybytskyy approaches his artistry, he wasted no time completing a follow up album by releasing “In Labyrinths of the Soul” later in 2012. This album was met with adulation as well. Multiple reviews of the album mention the ease of which the listener can get lost in the album. Rybytskyy surprised the Middle Tennessee Music blog with his ability to use the keyboard to make the sounds of many instruments and have it still sound authentic. Hands Off Promotions remarked that the album sounds like “Tim Burton’s take on a classic.”

Rybytskyy’s unwavering drive will not allow him to rest. He has already been accumulating material for a third release in the near future. Future recordings of his will include prog rock versions of some of Beethoven and Bach’s compositions. Rybytskyy looks forward to the possibility of using a vocalist in some recordings as well in order to expand the diversity of his music. You will also be able to hear some of Rybytskyy’s work on television and film as he has recently signed deals with publishers and music libraries for commercial use.

Enjoing music and videos from rybytskyy... cool. Drop them a few dollars for support below.