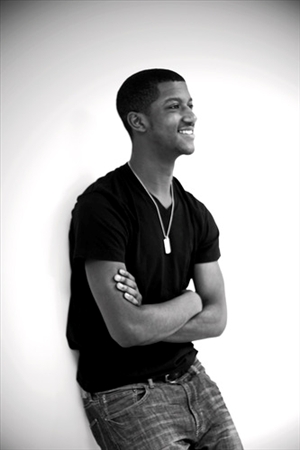 Born and raised in Pittsburgh Pennsylvania, and currently residing in St. Louis, where he attends Washington University, Rome Alexander is an emerging and highly gifted singer, songwriter, and musician who is making his mark on the Pop/R&B and Neo-So... Read More

Born and raised in Pittsburgh Pennsylvania, and currently residing in St. Louis, where he attends Washington University, Rome Alexander is an emerging and highly gifted singer, songwriter, and musician who is making his mark on the Pop/R&B and Neo-Soul music scene. His lyrics, intricate beats and smooth vocals combine to tell stories that keep his listeners engaged and constantly craving more. This multi-talented singer/musician is20 years old and has been writing music for as long as he could sit at a piano. Other talents include the alto saxophone. His inspiration and influences vary from his parents to icon superstars such as Ne-Yo, Usher, Mario, and Stevie Wonder. Rome Alexander’s songs are deep-rooted in emotion and come from within as well as from past and current experiences, “I want my fans and audience to be inspired by my music” states Rome, “and to be able to easily relate to it while being touched by it in many ways, either through the music, the lyrics, or both”.Romereleased his debut album “Built in a Day" in June of 2012. The album and five of the singles have been on the Amazon Best Seller and Hot New Releases lists in the Neo-Soul genre. With the exception of his debut single "Roll With Me," all of the songs were written, performed and produced by Rome. In the production of the music for "Roll With Me," Rome collaborated with multi-talented, award winning producer C.D. Hawkins. The vocal arrangement for "Roll With Me" was done under the guidance of industry giant Ron Grant, of the Village Underground, and former head of A&R for Sony. The album has received rave reviews from fans around the world. When hes not working on the his songs, he enjoys doing renditions of popular songs as well as personal favorites, adding his own little twist to each one. You can click on Soundcloud or YouTube to listen to Rome’s version of his favorite cover songs. Rome’s album and singles are currently available for purchase on Amazon, iTunes, CD Baby and other e-commerce sites.

Enjoing music and videos from romealexander... cool. Drop them a few dollars for support below.