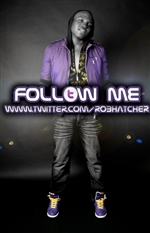 Born in Cincinnati, Ohio Began singing at the age of 5 Plays piano, organ, drums. Bilingual (Spanish) Writes & Produces music & theatrical productions Attended Ohio Center for Broadcasting & Communication, Central State University, & The University of Cincinnati Musical Director for various churches & college choirs Performed with the Cleveland Symphony Orchestra 2004 Finalists in Showtime At The Apollo 2004 Semi-Finalists Big Brother 2004 Appearance on the Ricki Lake show 2006 Season 6 Hollywood round contestant on American Idol-Top 30 of the guys 2007 Season 2 Americas Got Talent Contestant Top 8 2007 Headline singer at the Apollo Theater (New York) 2007 Toured Branson, Mo with Top ten finalists (Americas Got Talent) Performed Internationally in Guyana @ the National Cultural Center. Starred in "FANTISSIMA" log on to www.fantissima.de (Sept 12-June27,2009) Top 20 Finalist for BET Hit show Sunday Best (2010) Featured articles in USA today, Cincinnati Herald, & Cincinnati Enquirer Quotes about Robert Hatcher “You look like a star, You sang like a star, You’re a star,” Sharon Osbourne. “All you have to do is come out and smile, but you back that up with the talent,” David HasselHoff “This guy is what we called an unpolished diamond,” Pierce Morgan “You’re the finest thing ever to come out of the Cincinnati sewer,” Jerry Springer

Enjoing music and videos from roberthatcher... cool. Drop them a few dollars for support below.