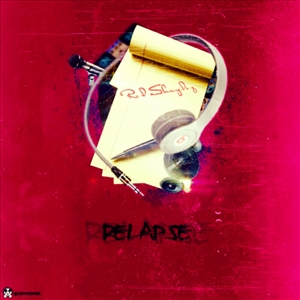 Red Shaydez the Entertainer is an upcoming female MC from Boston. The multi-talented artist is not only an MC but a songwriter, producer, and videographer. The young musician says her father, a rapper formerly of the group Killing Field, insp... Read More

Rapper and singer/songwriter ??CHi blends hip-hop-inspired beats, eclectic samples, and traditional songwriting in his music. Born in Gary,IND and raised in Indianapolis, Indiana, ??CHi grew up listening to Curtis Mayfield, Tupac A. Shakur, and Bob...

Red Shaydez the Entertainer is an upcoming female MC from Boston. The multi-talented artist is not only an MC but a songwriter, producer, and videographer. The young musician says her father, a rapper formerly of the group Killing Field, inspires her. The MC started rapping at the tender age of seven but pursued it more seriously at the age of twelve. What makes her stand apart from other rappers are her content and her ever changing flow.

Throughout her high school days, she was part of an all female rap group called TMC – the Mic Controllers. That the young rapper was with the unique ability to control the crowd with her impeccable flow, she stood out from the group with her deep comprehension of the art of rap and ability to be a true lyricist. It was also a usual sight to see Red Shaydez rap battling with other rappers, especially guys during lunch time (where she never lost). On stage she is even more of a beast, leading the audience her fresh beats and clever lyrics.

What made her a crowd favorite was her witty rhymes, unexpected punch lines, out of the world metaphors and her humble demeanor. However when it comes to creating her art, the conceptual artist says she is inspired by her everyday life experiences in which she tries to capture in her music. Red Shaydez says she makes music for the underdogs; she inspires those individuals who are going through obstacles in life. The MC says real life is her inspiration and she paints a picture for her fans through the scenes she illustrates in her songs.

When in the recording studio, Red Shaydez is focused and gets straight to business with no time for distractions and no patience for interruptions. She likes the environment in the studio to be calm and quiet. While in the studio she prefers it to be herself, her manager, and her engineer.

Her goal she expresses is to make classics with the intentions of them becoming hits. The entertainer says her goal is to remain true to herself and nature her talent as an artist to give the Hip Hop industry what it has been missing.

Be on the lookout for her upcoming projectInfo Redthat’s dropping soon. If you want to sample it first, check out her single “Bad News” that’s out on iTunes right now. For more on Red Shaydez, visit herwebsiteand follow her onTwitter.

Enjoing music and videos from Red Shaydez... cool. Drop them a few dollars for support below.