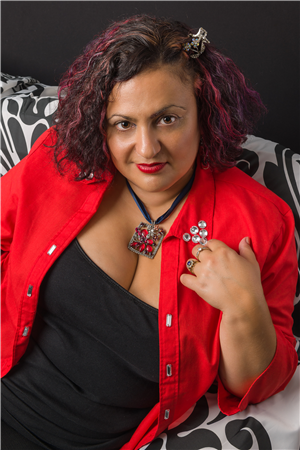 Where can I start. My first perfromance was in the synagogue hall in Debden, dressed up in a sequined jumpsuiit made by my aunt at the tender age of three. i always enjoyed performing at every opportunity at school and youth club and started to learn... Read More

Where can I start. My first perfromance was in the synagogue hall in Debden, dressed up in a sequined jumpsuiit made by my aunt at the tender age of three. i always enjoyed performing at every opportunity at school and youth club and started to learn the guitar at Beal High School. in year two ( year eight now) i took my first lead part as the secretary in the Pyjama Game and in following years as Main Oklahoma and Jan in Grease. i auditioned for the film "Annie" and got through the singing auditions only to fail at the dance. When the careers advisor at school asked me what i wanted to do i said an actress. She told me not to be silly and to choose a "safe" career so i set off to be the next Anita Rodderick of Body Shop. i trundled along at various jobs but was never happy so aged 20, i decided to leave full time employment to study performing arts at Barking College. After a brilliant two years i packed up lock stock and barrell for Seaton in Devon to work as a teamstar (bluecoat) for Havenwarner. After the summer season, i travelled to Sheffield to see a friend and ended up living there for two years. I joined a girl band (who played their instruments) called Treacle, as one of their singers. Having to leave just before the birth of my first son, we moved back to East London. There i joined a covers band called the Meerkats, which was a lot of fun but there not enough gigs. i met another singer called Jennie at an audition and we decided to form a covers duo called Coffee and Cream. After Jennie moving away, I have city to used to gig as a solo artist. My first album Songs From A Sofa is available at www.songstall.com/rachaelsilver

Enjoing music and videos from rachaelsilver... cool. Drop them a few dollars for support below.