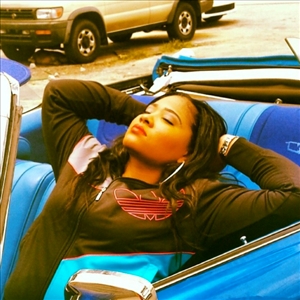 On the rise! Rapper/Songwriter/Producer Quan Kiyawna is set to take center stage. Quan Kiyawna aka Quan the Leo is a young, independent, aspiring rapper/songwriter hailing from the unapologetic inner-city streets of Miami, Fl. Unique and Original, Qu... Read More

On the rise! Rapper/Songwriter/Producer Quan Kiyawna is set to take center stage. Quan Kiyawna aka Quan the Leo is a young, independent, aspiring rapper/songwriter hailing from the unapologetic inner-city streets of Miami, Fl. Unique and Original, Quan’s lyrical skill set is as diverse as her genetic makeup. Quan’s exotic mix of Bahamian, Colombian and Native American blood combined beautifully bringing to pass this brilliantly designed female rap symbol of sexiness. That sex appeal has gained her great attention in Miami’s independent underground hip-hop market. Although Quan is blessed with seductive looks and one arousing figure, she intends to gain respect from her talents and lyrical abilities not just her looks. Quan currently writes all her own material and is comfortable doing so. However she is open to doing prewritten features based on compensation and lyrical content. Quan rhymes with reasons. One of those reasons is respect for female MC’s in this male dominated independent market. Quan plans to utilize many marketing stadegies to promote herself and her career, including but not limited to various modeling and acting opportunities. Zealous but humble, vigilant yet daring Quan Kiyawna is ready for mainstream exposure and possesses the potential for success. Growing up Quan lived in New England, Roxbury Massachusetts and Rochester, New York. In her six year of grade school she found poetry. Over the years her poetic discovery developed into a passion for creative writing. Quan also possessed a passion for music. As a child she played the trumpet as part of a band. Quan has always enjoyed 80’s music and classic R&B QUAN’s QUOTE: “Some people are born to do it, and some are coerced” quantheleo@gmail.

Enjoing music and videos from QuanKiyawna... cool. Drop them a few dollars for support below.