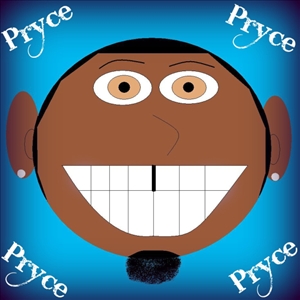 Cory Griffin aka Pryce was born in Lawton, OK on February 7th 1985, raised in Ohio, Georgia, and Mississippi. He was immediately sent to Cincinnati, OH to be with his mother, grandmother, and great-grandmother. He attended head start and finished Kin... Read More

Cory Griffin aka Pryce was born in Lawton, OK on February 7th 1985, raised in Ohio, Georgia, and Mississippi. He was immediately sent to Cincinnati, OH to be with his mother, grandmother, and great-grandmother. He attended head start and finished Kindergarten through the 3rd grade. Due to some troublesome in the household, Cory and his mother moved to Atlanta, GA. They lived in Smyrna, a few minutes away from his grandfather who lived in the Cascades. He attended King Springs Elementary for the 4th and 5th grade. Living with a single mother were hard times. Staying in different hotels and friends houses, Cory missed few weeks of school but still managed to get the help he needed to pass his courses. But his mother couldn’t take the pressure. So she calls his father and tells him to raise Cory for the time being. So he moved with his dad to Mississippi. He attended Beaumont Elementary, New Augusta Elementary, and Perry Central High School. He stayed there until he graduated out of high school on May 20th, 2003. The same day he graduated, he left to go back to Georgia to stay with his mother for the summer. At the end of the summer of 2003, he moved back to Cincinnati, OH to be with his grandmother. Cory started rapping at the age of 12. During his freshmen year at Wilberforce University, he started to make beats at the age of 18. His homeboys Ronnie Notch, Ge'Angelo Irby, and Larell Ware taught him basically how to coordinate with music. He also learned how to engineer at the age of 22. A co-worker Brian Greer aka Big Brian got him in a studio and taught him the basics, and that's where Cory started to take music very seriously. His music influences are DMX, Jadakiss, Cassidy, Twista, Eminem, Busta Rhymes, Lloyd Banks, Fabolous, and Ludacris. Ludacris is his idol. He’s been listening to him since he was a dj (Chris Luva Luva) in Atlanta, GA. When he comes out with an album, the anticipation is worth the wait because you never know what he's going to come out with next. He's very consistent and never skips a beat. His producer influences are Mannie Fresh, Jazze Phe, Alchemest, Three 6 Mafia, Timbaland, Swizz Beatz, and The Neptunes. Pharrell Williams is another favorite in my book. I love his craftsmanship in music, and how he can relate to punk rock and hip hop. The name Pryce means, the hard work will be paid for and will be granted. To where you no longer have to worry about the price of any merchandise or anything that you desire. Pryce sets to be one of the BEST rapper/producer/engineer in the game.

Enjoing music and videos from Price... cool. Drop them a few dollars for support below.