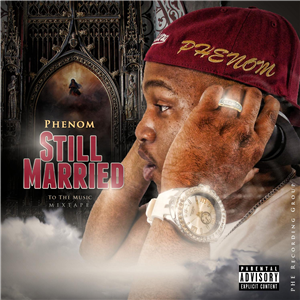 T’Andre Harris has gone by the rap name “Phenom” since 2000 but officially changed his stage name to P-Lotus in 2016. He was only 10 years old in 2000 but he was already writing rhymes, freestyling and recording his rhymes on camcorder or tape record... Read More

Lips, Grecaman, Chz & Big Sal Black of the Brooklyn Bred Hip Hop Family the 67 Mob finally return to the spotlight. After expanding both their buzz and credibility with their album &ldquo;Raising the Bar&rdquo;, which featured such legendary hip hop ...

T’Andre Harris has gone by the rap name “Phenom” since 2000 but officially changed his stage name to P-Lotus in 2016. He was only 10 years old in 2000 but he was already writing rhymes, freestyling and recording his rhymes on camcorder or tape recorder. Phenom immediately fell in love with the art form of hip-hop as a means of expression and influencing his listeners. His rap name fit him well because at such a young age he was writing and recording music that had such deep substance and meaning. It had a lot to do with the roster of lyrical MCs that he started off listening to such as Tupac, Eminem, Nas, Dead Prez and many others.Phenom started his music career in the basement of his dad’s house with a computer and camcorder just writing and recording music and videos with friends from his neighborhood. In the summer of 2002, Phenom and his friends came together to form a music group called Phenomenal Entertainment. Over the years they produced and distributed several local mixtapes and generated money and buzz. Phenom and his partner Jarrod “J-Roc” Jones were the only kids in middle school recording, burning and selling their own CDs.One day during his senior year in high school, Phenom received a call from Tate Music Group offering him a recording contract. He felt like this was his big opportunity, this was his chance to break into the industry. So he signed the deal at age 18 and released his self-titled debut album “PHENOM (2009)” with Tate Music Group in January 2009. The album release helped him gain exposure and first-hand knowledge of the music business, but initially it wasn’t the huge success that he envisioned. Phenom left TMG after just one album in favor of going to college and eventually incorporating his own record company that would produce market and distribute his music and other artists as well.Since his first album release in 2009, Phenom has recorded, executive produced, and released three albums under his own label. In 2010 he released “SO IN THE GAME”, in December 2012, he released his third album titled “BACK TO THE BASICS” and his latest album “BIG BUSINESS” came out October 20, 2015. Phenom has also released many mixtapes including Positive Dope volumes 1 thru 4 with DJ Xtraordinaire and his most recent mixtape release titled “Still Married To The Music”. Phenom is keeping the momentum going with the release of his new singles “Stop Killing Us” “What Tonight Do” and “Gas You” off the “BIG BUSINESSS” album and he has new projects coming in 2016 and beyond including mixtape songs, performances, movies, tv shows and more...Phenom is the innovator of a music genre called “Productive Hip-Hop”. This is a style of music that appears to be the same as traditional rap, but it’s different. “Productive Hip-Hop” is about expressing your creativity and passion in everything you do and coming up with productive ways to solve problems in the world. A Productive Hip-Hop artist is a conscious person who actively becomes the change that he or she wants to see in the world. The purpose of Phenom’s music is to enlighten and inspire its audiences. Phenom is a unique artist in his ability to share his values and real life experiences, communicate an uplifting message and maintain his street edginess.“Negativity is a reality, but its up to us as artists to find ways to express it without glorifying it". -PhenomPhenoms chief musical influence is Gangsta Rap from the 90s. Some artists include Master P, Tupac Shakur, Nas, DMX and Jay-Z. "Productive Hip-Hop is what Gangsta Rap has evolved into."-Phenom. Along with musical influences, Phenoms artistic expression is also motivated by his desire to use his God given abilities to positively impact the world.

Enjoing music and videos from Phenom... cool. Drop them a few dollars for support below.