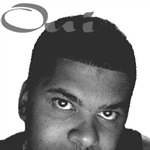 Oui, born in Pasadena, CA and raised in Ohio, is everything you could ask for in an artist. Performing since the early age of six, this well-rounded entertainer has graced the stage on many occasions filling the room with his sleek and soothing style... Read More

Oui, born in Pasadena, CA and raised in Ohio, is everything you could ask for in an artist. Performing since the early age of six, this well-rounded entertainer has graced the stage on many occasions filling the room with his sleek and soothing style of singing accompanied by his sophisticated demeanor and romantic lyrical content.

"I was encouraged to pursue a career in singing and performing by my parents, family and friends" says Oui. With that encouragement, Oui set out in search of what he needed, and as you will soon hear, he found it! As a result, Oui started writing and producing his own songs and music. "It all came so natural for me" are the words that come out of Oui's mouth when asked about his beginnings in the music industry.

Unlike many artists of today, Oui is the "full package". He possesses the gifts for singing, songwriting, producing, and as a musician…………..I AIN'T LYING!!!!! Vocally, one can hear tones and melodies reminiscent of the early Motown vocalist and that of Babyface, Kevon Edmonds and Howard Hewitt. Such a collection of talent can only mean a long and lasting journey into the music industry, filled with fresh ideas, respect, number one hits and longevity.

Oui has had the opportunity to express his talent through talent shows, telethons, and other nonprofit organization functions. Having performed in such major cities as Indianapolis,IN (Black Expo), Louisville, KY, Dallas and Nashville, TN, Oui brings with him an abundance of experience, knowledge and “know how” from all avenues into what is now known as the entity, OUI.

Oui's most recent project to hit the national airwaves was his collaboration with Angelo "Lo" Ray, along with Kevon Edmonds on the smash hit "24/7". Oui demoed the song for Edmonds and was asked to appear on the remix. He is currently singing and performing with the hit 80's group, The Deele. Now a member of The Deele, they have recorded their first single, "The Only One" on the D-Town / Sony label.

Although Oui enjoys producing and writing for other recording artists, his ultimate goal is to be an entertainer. "With hard work, faith and effort I will achieve the goal of earning a recording contract with a major recording company".

Oui is a compilation of talent, experience and ambition. His top priority is to be one of the best vocalists and producers of the new millennium and beyond.

"My philosophy is art in any form is an extension of self. My innermost feelings and dreams are projected in my music. To touch the untouchable, to offer hope to the hopeless, to give joy to one unhappy person makes every note worthwhile"

Enjoing music and videos from Oui... cool. Drop them a few dollars for support below.