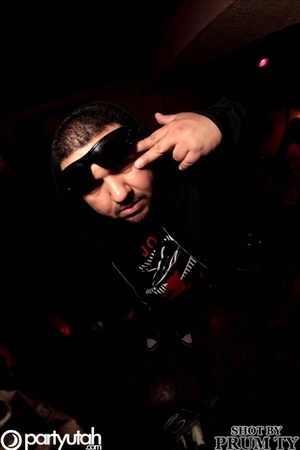 Ortega The Omega was born March 1988. Raised in South Central Los Angeles. The city where things happen based on the decisions you make. As a little kid, he would listen to his homeboy’s uncle play “West Coast Gangsta Rap” in his DJ system. When he w... Read More

Ortega The Omega was born March 1988. Raised in South Central Los Angeles. The city where things happen based on the decisions you make. As a little kid, he would listen to his homeboy’s uncle play “West Coast Gangsta Rap” in his DJ system. When he was 13 he would listen to Hip Hop on the radio. He went from recording into a voice recorder to having a home studio at the age of 20. For him, it felt like a dream as he would write rhymes to beats of his favorite songs.

At the end of 2008, Ortega had to make the biggest change in his life. He decided to move to the state of Utah because he felt he could do better and will have the chance of getting a job and feed his family. One of the biggest challenges he faced in Utah, was that he wasn\\t familiar with the local Hip Hop scene. As ambitious as he is, he began to read the local magazines and found a page that had a list of bars, coffee shops, & clubs. Each location had a small description of what normally goes on. He saw that various coffee shops had Open Mics. That instantly caught his attention. So he started appearing at different coffee shops to perform his music. One of the coffee shops he was well known at was High Point Coffee in West Jordan. As a result, he has a picture up on their “Wall Of Fame” up to this day.

As Ortega kept grinding, he slowly started getting booked by various promoters. By mid 2009 he started booking his own shows with his brand “Liquid Army” that was also form in Utah. In 2010 he went back to L.A. with group member Mezcal twice to open up for LBC\\s Ugly Duckling and another time to open up for Masta Ace & Edo G at the famous “Airliner” (promoted by Urban Underground). In 2011, he was blessed once again to open up for The Alkoholiks very own Tash & Bay Area\\s veteran Yukmouth in two different occasions at club The Bay in Salt Lake City (with the company of his homeboy Rose Park Menace).

Now Ortega is working on his debut album featuring Cash Money artist Glasses Malone, Young Noble of 2pac\\s The Outlawz, Prodigal Sunn of Wu Tang Clan, and more to be announced in the future. His main goal is to leave behind a legacy that no one will ever forget. With the help of the man upstairs, He wants to accomplish this goal. And it will happen as he continues to work hard, stay dedicated, and most importantly, to invest in his music. Ortega the Omega is a perfect example of a true hustler and musician that the world must recognize, respect, and look up to. For booking/collaborations contact at: liquid.army@yahoo.com

Enjoing music and videos from ortegatheomega... cool. Drop them a few dollars for support below.