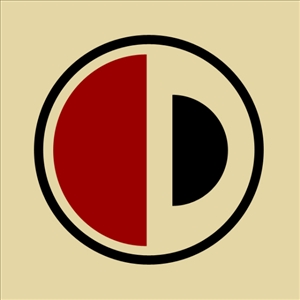 Oddoch is an Alternative music project by the two brothers and multi-instrumentalists volahastre and turbidtunes. The music combines all their different musical influences, from Classical backgrounds to Jazz, Electronica and Rock.Oddoch are:volahastr... Read More

Oddoch is an Alternative music project by the two brothers and multi-instrumentalists volahastre and turbidtunes. The music combines all their different musical influences, from Classical backgrounds to Jazz, Electronica and Rock.Oddoch are:volahastre: vocals, bass, keys, programmingturbidtunes: guitars, keys, programming, cello, mixingAll music written and recorded by oddochAll lyrics written by volahastreArrangements & mixing by turbidtunesvolahastre plays Ibanez and Kaiser basses.So far you listen to the final mixes of our songs. We will publish the mixed songs of our debut album step by step. You can listen to it whenever you like! When the whole album is mastered, itll be available for purchase!Volahastre, born in 1980, started his classical training on the violin in early childhood. At the age of 13, he discovered the electric bass guitar to be the instrument consumedly matching to him and has brought his playing skills to perfection during the following years. Hetook part in numerous musical projects, mainly of the Funk/Fusion genre, but he was also into World music, playing with acts like Rangin and the well-known German bigband Fat Boogie Horns. Besides,volahastrewrites all lyrics for oddochs songs and does the promotional work, fan support and maintenance of oddochs social networks.Volahastreworks as clinical pathologist.Turbidtunes, born in 1984, started his classical training on the trumpet and cello in early childhood and has brought it to perfection during the following years.He took part in many musical projects including classical orchestras of nationwide importance, bigbands and side projects in popular music which allowed him to meet and play with such great artists like Pat Metheny, Charlie Haden as well as taking part in recording works with the popular German band Stanfour. Besides,turbidtunesdoes all the brilliant arrangements mixing work for oddoch.Turbidtunesworks as special education teacher.