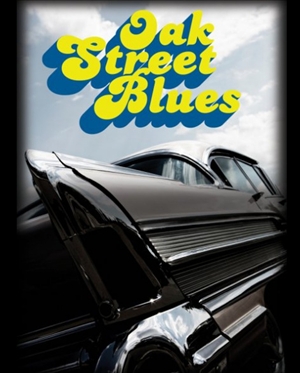 The Southern California-based OAK STREET BLUES is not your average pop rock band. The trio creates a unique sound that is a mix of traditional country and alternative rock combined with elements of electronic and pop. Their songs are lively, animated... Read More

Straight out of the Backwoods of Sedro-Woolley, Washington comes 7PT. 2 Guys bored of hillbilly bullshit and hate.

www.bornofthestars.com Born of the Starsis a solo music project created by Michael Kushner. Michael writes all of the music and lyrics, performs or programs all of the instruments, does all his own mixing, mastering, and production, and even creates...

The Southern California-based OAK STREET BLUES is not your average pop rock band. The trio creates a unique sound that is a mix of traditional country and alternative rock combined with elements of electronic and pop. Their songs are lively, animated, and unpredictable; and their live shows have proven that any audience can immediately become immersed with the sounds of an alternative cover of“I Think We’re Alone Now.”

“Rock’n‘rollcomes to life at our shows. We will definitely entertain you,” comments OAK STREET BLUES’ frontmanChrisHall.

When it comes to the band’s albums, they take a more electronic approach with their music. With an electronic twist, a typical theme for an OAK STREET BLUES’ album is longing for someone and trying to get that someone; which is why their newest album is entitledWAITING FOR SOMETHING.

The lead track on the album, “Stars”, captures the realities of dreaming of how wonderful someone is but not being able to be with that someone. “Musically, it’s one of the better Oak Street songs with a more complex chord structure and dreamy synth. When played live, it is more acoustic but still dreamy,” states Hall.

Though most of the 10-tracks featured onWAITING FOR SOMETHINGare penned as love songs for someone else, the band also included a unique track the “Robot Song,” which falls under the category of a love song about something that fascinate them. The track shows the fun side of the band that fans can see at their live shows and their love for robots, particularly 1960’s robots like in The Jetsons.

OAK STREET BLUES’ founderChris Hall enlisted the talent of his two Los Angeles-based friends to complete the band:Jenny Ariason bass and ukulele andDesiree “Crazy Legs” Gonzalezon keyboards. Arias, also a member of the all-girl ukulele group Beach Babes, brought her passion for oldies and psychedelic rock to the band; in addition to Gonzalez, a University of California, Santa Barbara alum, who contributed her flare for pop music.

Since the formation of OAK STREET BLUES, they have become known for their over-the-top laser shows and their kazoo-along to the Nancy Sinatra song “Sugar Town” at their concerts. Not only does the band’s eccentric attire pump up the crowd, but also the band’s characters, Penguin, Pumpkin guy, Spaceman, and Mr. Frog, run through the crowd dancing around. “Sometimes it’s nice to just get away from your daily life to enjoy a fun-filled concert setting that will make you laugh and jump around,” says Hall. “Though we of course want our fans to take our music and writing approach seriously, we definitely want them to unwind and crack a smile when seeing us live, which is a feat of its own if you’ve ever seen the live music crowds in Los Angeles.”

Enjoing music and videos from oakstreetblues... cool. Drop them a few dollars for support below.