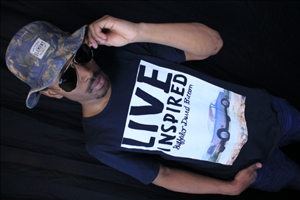 Born in Brooklyn and raised in New York, Mirai has been performing on the New York scene since 2009. In 2010 he graduated from High School and attended Five Towns College to study Music and Audio Engineering. There he met the other 2 members of the s... Read More

Autumn Tillman (born December 13, 1989) is an American singer-songwriter,she is best known for her 2010 debut single, "Danger Of Misery"Autumn Tillman raised in San Francisco, California. Before reaching her goal as a Recording Artist, life wasnt as ...

Born in Brooklyn and raised in New York, Mirai has been performing on the New York scene since 2009. In 2010 he graduated from High School and attended Five Towns College to study Music and Audio Engineering. There he met the other 2 members of the soon to known band Nappy Hair. He discontinued his studies at Five Towns College in 2011. With his smooth vocals, down to earth lyrics and modern R&B/Soul sound, Mirai formerly known as Bosqo acted as vocalist for the band for 2 years until going solo upon the bands disbandment. Mirai now manages his repertoire under his created label "Through My Eyes Entertainment" with affiliations to the Nappy Hair brand as well as High Chairs Productions. As a producer as well Mirai has been on the move ever since creating a sound that can be heard as New York authentic Neo soul and R&B with hints of Modern blues. This was seen with the release of his EP "Tattoos In Heaven" in 2015. Thats not all from this Alternative artist keep your ears open to see what sounds he produces next as he doesnt seem to disappoint. Every time he touches a stage/mic or Midi tracking session its said music happens.

Enjoing music and videos from Mirai Tomli... cool. Drop them a few dollars for support below.