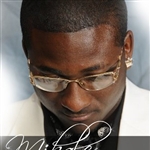 If you have ever imagined what an Angel sounds like&hellip;let me introduce you&hellip;this is Mikale. Undeniably he has one of the best R&B voices to ever grace the earth. With a &ldquo;Tyrese - like&rdquo; sex appeal and a gorgeous smile&hellip;Mik... Read More

If you have ever imagined what an Angel sounds like…let me introduce you…this is Mikale. Undeniably he has one of the best R&B voices to ever grace the earth. With a “Tyrese - like” sex appeal and a gorgeous smile…Mikale is ready to showcase his gift to the world. Ever since Mikale was nine years old he has had a passion to sing. Opportunities were far and in-between growing up for Mikale however; he didn’t stop believing in himself. Because of negative and destructive influences, his dream was beginning to fade and even his closest friends began to discourage him. Mikale then decided to enroll into a local community college to pursue his education. It was there, as destiny would have it he met, Howard Clay, President of Miraculous Records, where his professional career would begin. To this day Mikale has shared the stage with many national Recording artist such as Trey Songs, Selene Johnson, OJ da juice man, Erica P (formally of Blaque), K-Riley, Scandal the Ruckus Man and Cincinnati’s own Cross. From recording songs for Kaplan College to being interviewed by Faith Daniels of Mojo, Mikale truly is a rising star. With over 75 performances between 2008 and 2009, countless Mix tape appearances including Might Joe Young’s “Set Da City on Fire 2” Mix tape, and Winning Talent Shows all over the city, some people have deemed him as the “NEW King of R&B!” , creating a “buzz” from Atlanta to New York City.

Through hard work and determination, Mikale feels that Destiny...is here! If you have ever imagined what an Angel sounds like…let me introduce you…this is

Enjoing music and videos from Miraculous Ent... cool. Drop them a few dollars for support below.