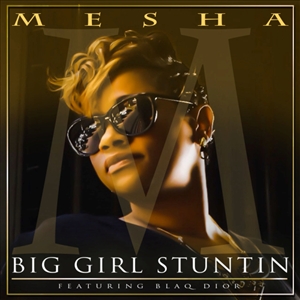 Neo soul singer/songwriter Mesha was born and raised in Dallas, Texas and has always had a very strong passion for music. She classifies her sound as a little jazz, a little R&B, and a lot of soul. Fans have often compared her sound to that of Grammy... Read More

Music has never been a stranger to Erona. It began as a choir solo with 300 back up singers at age of 10 and she has not stopped since. Though influenced by artists like Billie Holiday, Janis Ian, Jeff Buckley, and Paula Cole, music, to her, was no l...

JROB was born in philadelphia, P.a. at an early age he moved to North Carolina with his mother and sister, there they joined Mount Pilgram Baptist church and thats were he found his love for music. After graduating from high school JROBplaced his sin...

Sharron Lee Scott was born august 25 1985 in Pittsburg, PA. Since the young age of 13 he has been singing and sharpening his vocal skills. As a writer Sincere has developed a writing style comparable to some of today&rsquo;s hottest writers. Sincere ...

Neo soul singer/songwriter Mesha was born and raised in Dallas, Texas and has always had a very strong passion for music. She classifies her sound as a little jazz, a little R&B, and a lot of soul. Fans have often compared her sound to that of Grammy Award winners Erykah Badu, Faith Evans and Lauryn Hill. Ask Mesha what she thinks will attract the world to her and she will respond "People are drawn to my voice. It is cool, calm, and soothing. My style is deep, passionate, and eclectic. I have a sound the world has yet to hear".

This talented artist has graced the stage of local venues such as House of Blues Dallas, Absinthe Lounge and the formerly Erykah Badu owned Black Forest Theather. She has wowed crowds at clubs Minc, Crem and most notably the Urban Legend Runway & Art Showcase held at Radio One studios the home of stations 97.9 TheBeat and 94.5 KRNB. But don't box Mesha in and label her as just a Neo-Soul/R&B artist! Showing her versatility to do hip hop, Mesha has performed with artist from Get Dirty Records at Tom Cats and Palm Beach in Deep Ellum. Her performance record also includes singing soparno in The Black Academy of Arts Letters Martin Luther King Jr Choir which has sang with just artist as Fantasia(2009). She has also lending her voice to sing backup for aspiring Dallas gospel artist Van Artist.

In 2010 Mesha teamed up with producer Vz Washington of Yarash Entertainment an embarked on a journey to record her debut album Love Roller Coaster. All songs on the album were co-written by Mesha and is scheduled for release Spring of 2011.

Enjoing music and videos from Mesha... cool. Drop them a few dollars for support below.