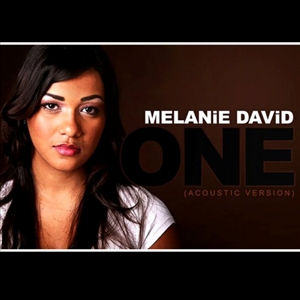 As a five year old child made her way across the dark living room, she had no idea that her and destiny were about to collide. Melanie turned on the television, and saw Mariah Carey singing Someday; from that moment she knew she was a singer. Growing... Read More

As a five year old child made her way across the dark living room, she had no idea that her and destiny were about to collide. Melanie turned on the television, and saw Mariah Carey singing Someday; from that moment she knew she was a singer. Growing up in the inner city of Boston, Massachusetts, Melanie spent most of her time indoors singing. Melanie states that “Music saved her life”. Instead ofhanging out on the streets, she would be in the mirror practicing Whitney Houston songs. Her love and passion for music would lead Melanie to attend the Boston Arts Academy where she began to hone her music skills. After graduation Melanie relocated to New York to attend Five Towns College.Melanie began performing and perfecting her craft in front of an audience. She has graced the stage of the legendary Apollo theatre, where she took home an amateur night win in 2009. Under the tutelage of vocal guru Ankh Ra Amenhetep (MTVs’ Making the band) Melanie truly found herself as an artist. Ankh Ra continues to mentor and mold the young songstress. In the summer of 2010 the singer suffered her greatest loss. Her brother David Martins was murdered on the streets of Boston. Turning her pain into triumph Melanie went to Birmingham, England to record her debut album. The singer states “I had to continue; I felt I would have done a disservice to my brother’s legacy if I let it stop me”.Pouring her heart and pain into her music fueled an album that will touch and inspire many. She adopted the moniker “David” to assure that her brother’s memory will remain alive. Melanie David is exactly what the world has been missing, a singer who has a story to tell and isn’t afraid to share the truth. By drawing inspiration from the likes of Whitney Houston and Anita Baker Melanie David brings a sound the music industry hasn’t heard for years. With a voice that relies on utter power and a soothing tone, she sings from her soul. Her music displays a very honest picture of life. Though we go through ups and downs Melanie David always gives her audience something positive to hold on to. Her own description of her music says it best, “My music will heal, inspire & motivate anyone who listens to it” – Melanie David

Enjoing music and videos from MelanieDavid... cool. Drop them a few dollars for support below.