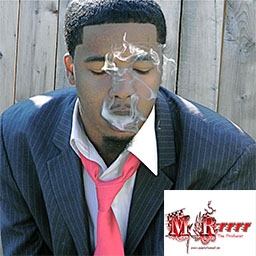 M-RrrrrProducer/Engineer/SongWriter/DrummerBorn: May 12th 1980sBirth Place: Chester, PAMusic Producer M-Rrrrr got his start in 2004 with engineering and producing for local indie label Sanai Records. His skills opened up doors for him to be given a l... Read More

Ghost was born and raised in Cincinnati, Ohio. His music career started in 2000 as co-founder and legal liaison for 3 Street Records. At a brief run at developing artists, Ghost decided to continue his passion for music toward another avenue, the Ohi...

M-RrrrrProducer/Engineer/SongWriter/DrummerBorn: May 12th 1980sBirth Place: Chester, PAMusic Producer M-Rrrrr got his start in 2004 with engineering and producing for local indie label Sanai Records. His skills opened up doors for him to be given a location to use as his own recording studio by Videographer Super Dev. Super Dev saw something in young M-Rrrrr an began placing him with artist and actors such as Reed Dollas, Ocks from the Movie "Belly", Jill Scott, Dirty Mouth from the ATL based group "Trillville" and many More. M-Rrrrr began building a name for his self in the Tri-State Area which would open up bigger Opportunities for him to be apart of some legendary events an projects. In 2007 major label Sony BMG placed a deal on the table for M-Rrrrr to be signed under them threw once A&R Damon Smith. He decided not to sign but to continue as Independent. Since then M-Rrrrr has been blessed to submit music to CMR, Everyday Process, Waka Flocka Flame, Slim Dunkin, Meek Mill, Rick Ross, Jadakiss, E Ness, And a host of any more. Patiently awaiting his Billboard topping hit M-Rrrrr continues produce and engineer for local an national acts. " I want the world to hear my sound and know there not just going to hear Hip Hop music but will hear Pop, R&B/Soul, Rock, and Gospel Music from me as well. I am a well rounded producer an plan to continue to show it threw my music."

Enjoing music and videos from M Rrrrr... cool. Drop them a few dollars for support below.