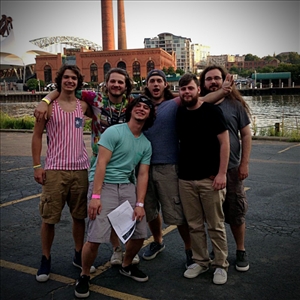 Lou Rivera was rooted in Liberty, Ohio by current front man Lou Rivera, who originally began “Lou Rivera” as a solo acoustic project. As Rivera started writing/learning more songs he began to play locally for graduation parties, small get togethers, etc. As of late 2014 Lou Rivera had met Shawn Rae, and since then began playing bass guitar/vocals for “Force of Habit”. Getting more involved in music Lou began to revamp his solo acoustic project and it started by adding current keyboardist and fellow classmate Brandon Hurst. Shawn Rae decided to play drums and then they picked up Sean Bednarz on bass guitar in early April 2015.

Enjoing music and videos from louriveramusic... cool. Drop them a few dollars for support below.