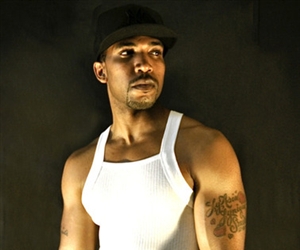 &ldquo;Maturity and Energy&rdquo; When asked to describe himself, Lagato Shine uses these words, &ldquo;New but not a New Jack&rdquo;. That phrase depicts not only his neophyte hunger and enthusiasm, but it denotes his reentry into the rap landscape... Read More

When asked to describe himself, Lagato Shine uses these words, “New but not a New Jack”. That phrase depicts not only his neophyte hunger and enthusiasm, but it denotes his reentry into the rap landscape equipped with the wisdom of a journeyman. After years of working with groups and other artists, it was late 2010 that set the stage for Lagato’s emergence as a solo emcee. A freestyle he recorded while in studio over Jay Z's "Threats" track was overheard by a MTV employee in attendance. A month later that recording was aired and showcased as The Sucker Freestyle of the Week. A few months later Lagato Shine secured a distribution deal for his newly founded company Last Run Entertainment through Orchard ( who distributes the likes of TVT Records, Wu Music Group, and Babygrande Records to name a few). Within just six months from that initial freestyle, Lagato Shine was opening for Cory Gunz in a Manhattan event sponsored by Red Bull. One month later MTV chose to feature another Lagato creation “Your Wrong” in their June 2011 MTV-U Freshmen Video of the Week Contest. Throughout the two week contest, Lagato’s music reached another plateau as MTV introduced his music to an wider national audience representing a variety of music styles. The following month (June 2011), Lagato followed up the MTV-U milestone by opening the SOURCE Magazine’s album release concert for Trae tha Truth. Joining the likes of Jadakiss, Styles P, French Montana, and Fred the Godson; Lagato held his own and provided fans and insiders with another glimpse of this “legend in the making”. How did fans and insiders respond? They asked Lagato Shine back as a featured artist for one of NYC’s finest music venues, the Sounds of Brazil. Sill in the same month Lagato took his music and his notoriety up yet another notch with his follow up video “I Don’t Need A Doctor”. That video featuring the vocals of renowned artist Dana Boule, has been picked up by MTV2, MTVU, MTV Jams, and MTV Online. Fans and insiders will resonate with this all too real view of urban life painted by the vocals and drama of Lagato Shine. Next up…a full album in 2011 allowing a greater glimpse of Lagato Shine’s ability to master every track he blesses. While all of the aforementioned might test the core of the freshman, Lagato looks forward to the work and success ahead. This is after all, where the “journeyman shines and the neophyte fades”.

Enjoing music and videos from lagatoshine... cool. Drop them a few dollars for support below.