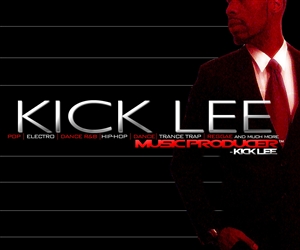 Kick K Lee, is an active music producer who has produced various artists from various locations. Born February 17th in the Midwest City of Cincinnati, Partially raised in Miami Beach, FL. He started creating beats in the summer 2003 after listening t... Read More

Welcome to me in a profile, my name is Alexey Yaschenko, me 22 years old, and I am a composer/producer/musician,now I live in thecityof Murmansk, Russia. I like to write music in free time, for memusic creationas a breath of fresh air, I constantly i...

Kick K Lee, is an active music producer who has produced various artists from various locations. Born February 17th in the Midwest City of Cincinnati, Partially raised in Miami Beach, FL. He started creating beats in the summer 2003 after listening to various producers on a well know website called Soundclick.com. He started out using GarageBand and then on to using FL STUDIO. Later he discovered various other programs and software to create and compose beats and began to expand his knowledge in music production. As time went on Kick discovered a local community center located downtown of Cincinnati, OH named (ELEMENTZ) he started out as a volunteer in 2006 and later on in 2010 became a part time Elementz employee as a Beat Production instructor. At Elementz his job is to teach the youth how to mix and create quality beats for artists from all walks of life. Kick is very passionate about his work and the youth. His main goal in life is to become a full time music producer and a role model to future generations to come. Kick isn’t just any ordinary music producer. What makes him stand out is that he isn’t afraid to venture out into other genres. He is big into Pop, R&R Trance, Dubstep, Hip-Hop and many more. He also is not afraid to fuse them to make a sound you normally and possibly would never hear from a music producer. Producing music has become his life and soul passion and he shall continue no matter what obstacles or trials he faces. He shall be heard.