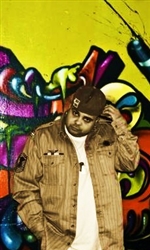 Stage name Jon Salt, was born Jon-Michael Salter in the small city of Moines Belgium.Being raised in Maui and then settling in L.A and later on in his adult life Seattle.The development of his unique style is the result of a lifetime of musical influ... Read More

I’m a dope unsigned independent artist each of my songs will give you all different types of vibes, lilTekaVlone has fans going crazy for his new project, Nothing Into Something. lilTekaVlone Is A Rising Star, Putting On For His City Jacksonville,FL ...

Stage name Jon Salt, was born Jon-Michael Salter in the small city of Moines Belgium.Being raised in Maui and then settling in L.A and later on in his adult life Seattle.The development of his unique style is the result of a lifetime of musical influence. Growing up music was a part of his childhood, and his parents exposed him to a wealth of music as a child, From Lena Horn to Stevie Wonder, all of which influenced his development.Dipping his toes in the harsh world of rap music at the inocent age of 11, he then decided that music was his passion. He would grow to perfect his calling. His style now consists of lyrical witty charm with an aggressive edge. Names like Big Will Rosario DJ of the rap group Slaughter house was quoted with saying “Jon Salt reminds me of Hip-Hop, tells a story well and he would be the product of Kanye West & Eminem having a baby.” Kamaal Grey of the Roots was quoted saying “Jon Salt, is a breath of fresh air.” Zero kazama of the MTV's Silent Library featured him on his blog found on http://www.zerokazama.com/ and stated that"Jon Salt makes me want to listen to hip hop".Currently he is unsigned to a major label, he has put out one debut album cleverly named Problem(which can be purchased on www.itunes.com) and is now working on an EP named Failure to Adapt. As well as a duet mixtape project with Houston native/VillainCity member Mike Grimes called Eyes Wide Open featuring New singles Not the One and F**k You, Music.While inbetween projects he has been sought out by DJ Young Cee of G Unit/Shadyville and Coast to Coast DJ's, whom stated that "Within the next five years Jon Salt will be a house hold name I guarantee that!" Working well together Jon Salt has been featured on Shadyville and DJ's Presents Getcha Tapes ready Vol 34 Hosted by Trina and Shadyville DJ's and This is 50.com Presents Getcha Tapes Ready 38 Hosted by Tony Yayo, Indie Top 50 vol 5 by DJ J Green all found on www.datpif.com with more projects to come.

Enjoing music and videos from JonSalt... cool. Drop them a few dollars for support below.