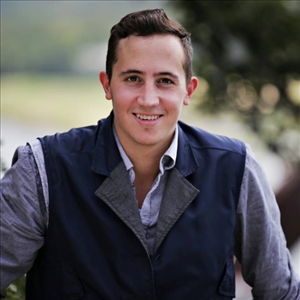 If you could break upon the cells of Jon Pattie and code his DNA, you would probably find eighth notes where the nitrogenous bases should be. Eighth notes would be connected to guitar strings instead of phosphate groups. You’re probablyIf you’re won... Read More

If you could break upon the cells of Jon Pattie and code his DNA, you would probably find eighth notes where the nitrogenous bases should be. Eighth notes would be connected to guitar strings instead of phosphate groups. You’re probablyIf you’re wondering why I am using so many in-depth biological terms are being used to describe him, i. It’s because along with studying music since the 8th grade, he is a 4th year student at The University of Texas at Austin pursuing a chemical engineering degree. He’s and is also pre-med. Although he has a great deal of proficiency in math and science, he has always had a deep-seeded passion for playing music, beginning at age 13 when he first picked up a guitar. He takes inspiration from some of today’s greatest musicians. “If I had to choose five artists that my music is really inspired by, it would be John Mayer, Ed Sheeran, James Bay, Bon Iver, and City and Colour,” says Pattie.. He started playing guitar at the age of 13 and began singing at the age of 17, although he sounds like he has been performing for a lot longer. His dedication and drive to make a name for himself in today’s industry astonishes many and can clearly be seen through the progress he has made after releasing his demo EP only 8 months ago. His previous performance schedule includes festivals such as SXSW 2016 and the Texas Crawfish Festival, and he has been featured on blogs such as Mytacism Music,Music Notez, and Et Musique Pour Tous.With a heavy performance schedule in and around Austin, Texas and two national tours booked for the Fall of 2016, Jon Pattiehe has Performing 3-4 shows a week in the Austin area and with his first 2 national tours coming up later this year, Jon Pattie has developed a stellar live show that captivates every audience he performs in front of.He has performed in many cities around Texas, concentrating on the Austin, Houston, and Dallas area. Jon Pattie’sHis newest EP, 3 2 1, will be released in August 2016 and will demonstrate his many years of experience in songwriting, singing, and guitar playing that he has developed over the years. . He has made an effort, successfully, to demonstrate his marketability and appeal that he can infuse into his music while still making it sound unique. His music uses common phrasings themes found in today’s popular music while also incorporating a personal, unique, jazzy voicings touch and chord progressions that mirror the music of John Mayer. He will be releasing his first EP, 3 2 1, this coming August on all major music retailers and will be performing an online show to 50 special quests on August 26th.

Enjoing music and videos from jonpattiemusic... cool. Drop them a few dollars for support below.