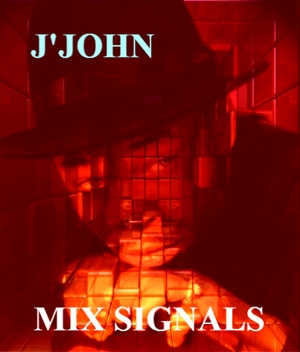 Normal 0 false false false MicrosoftInternetExplorer4 Singer and songwriter J’John is born and raised in Macon, Georgia. He is the third child of nine children. His background is tha... Read More

My name is Gayle Webber and I'm a 26 year old dude who is "in between permanent residences". I am also unemployed. I compose everything on my Palm Centro & record through this shitty gaming hedset. I recently got an upgrayedd. A shitty laptop, with ...

The N9TOWLS is the seed of One Being, whose Musical path began with Santana spanned in Chopin , developed in Beck, Reggaed to Bob Marley fused with Prodigy Danced to Maroon 5 listened to Cold Play and danced to Armin Van Buuren and now is The NTD Neo...

Singer and songwriter J’John is born and raised in Macon, Georgia. He is the third child of nine children. His background is that of Christianity where he got his first start in singing at the age of 4. Where he would sing for his family unabashedly. This is how he got the love and passion for music.

It was often heard throughout the house little J’John making music. When the family would have Prayer services on Wednesday night this was when J’John would demonstrate his unique musical sounds with the drums, or fascinating sounds with his mouth. His home may have been the roots for his musical abilities, but it was also where he learned the sense of morals, great responsibility, integrity, and the value of hard work. He got his first job at age 12 with a local newspaper company to help the family. What his job consisted of was selling newspaper and subscribing customers to receive daily delivery to their homes.

Each pay period J’John would take a portion of his earnings to contribute to the family needs. Throughout it all he still made time between school and work for his music and in doing so his abilities have flourish. As of now he has an album to release to the world, a music record that he prays will live in the minds and hearts of the people of the world.

Enjoing music and videos from JJohn... cool. Drop them a few dollars for support below.