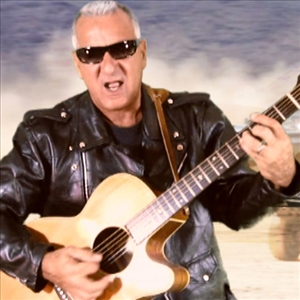 Jerry Chiappetta, Jr. is a talented musical artist, singer, songwriter and composer who recently released his second self produced CD. His CHANGING TIMES CD features pop rock music with songs that will make you laugh, cry, and wonder; songs that will... Read More

Jerry Chiappetta, Jr. is a talented musical artist, singer, songwriter and composer who recently released his second self produced CD. His CHANGING TIMES CD features pop rock music with songs that will make you laugh, cry, and wonder; songs that will make you want to play over and over again. Chiappetta\s delivery features a smooth blend of acoustic and electric guitars, keyboards, catchy drum beats and bass riffs along with awesome lead solos all mixed with fantastic up front lead vocals and harmonies. Many purchasers of Jerry\s music make comments like; "if you\\\re a person that enjoys good lyrics as well as good music, this CD is for you." Jerry said "I always write the lyrics to my songs first and then the music just seems to flow to me more naturally".This exciting musical artist performs live each week in Florida. He has also performed throughout his home state of Michigan, in London, Cancun and in Moscow. Jerry\\\s lyrics range from songs about a truck -- MY 4-WHEEL DRIVE to songs about time travel such as STUCK IN BETWEEN and CHANGING TIMES, to more down to earth songs like THE REEFER SONG. Jerry recently married Tatiana, whom he calls "the love of my life", and wrote a song titled DANCING IN MOSCOW, that is a true story about how he met Tatiana. TATIANAS BEDTIME SONG is also one of his latest tunes and has lyrics in both English and Russian. Another original song -- MY PAL, MY SON -- was inspired by a father and son canoe trip across Canada. It originally aired on ESPN\\\s "All Outdoors" television network and later on other national broadcasting outlets. MY PAL, MY SON received great reviews and is one of Chiappetta\s most requested original tunes.Jerry\s passion for writing, composing and recording songs began at age 15. Some of his inspiration has come from The Beatles, Pink Floyd, David Bowie, The Cars, Tom Petty, Billy Idol and Alice Cooper. His latest 57-minute CD, -- CHANGING TIMES --was released on Christmas Day in 2011 and is now available World Wide from Amazon, iTunes and many other sites at http://www.JERRYandTATIANA.com

Enjoing music and videos from jerrychiappettajr... cool. Drop them a few dollars for support below.