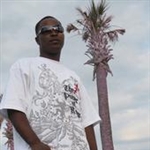 Singer/Songwriter Corey Kelly is a classically trained 1st tenor born in the 1980’s in Trenton, NJ. Like most musicians, Corey was introduced to music at a very young age. His father was a musician and once shared the stage with R&B great Harold Me...

Combining classic elements of hip-hop, soul, funk, and jazz, singer-songwriter Suave is in a genre of his own innovation. His soulful original lyrics laid smoothly over hard-hitting, yet melodiousbeatsand live instrumentation give Suave’s musical pro...

Ja’Quan is a new R&B soul singer who was born October 2, 1986, the youngest of five children in Austin, Texas. He grew up singing Gospel and been playing instruments for churches for the past 10 years.

Because of Ja’Quans roots in the church, he was able to go on tour with Shirley Ceasar in the past. He listens to a lot of different genres of music including a few artists like Vanessa Bell Armstrong, Clark Sisters, Michael Jackson and several others.

A while back when he was a small child, his father had cancer. He begged his father for a piano. His father missed a whole month of medicine to buy him a keyboard and that’s when he began writing and playing the keyboard.

In 2007, he met this producer named Tightwhite, who asked him to work on one R&B album and that’s when the success of Ja’Quan began. At this time, Ja'Quan is available for record deals

Enjoing music and videos from jaquan512... cool. Drop them a few dollars for support below.