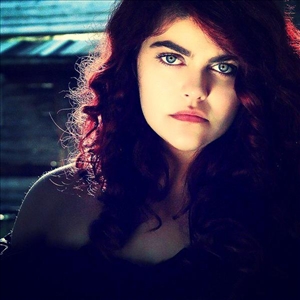 JANANI is an alternative rock band from Orlando, Florida. The band was formed by Janani Vaidyanathan and Erick Campos in January of 2011. In early 2014, JANANI released their very first extended play titled, Three Step System EP. The Three Step System EP was produced by Brett Hestla, former member of Creed. The EP spawned moderate success for the band, most notably with their hit single, “Where Was I?”. Kat Coffin of Examiner.com wrote, “Songs don’t get much catchier than Where Was I. JANANI’s spunky vocals are full of attitude as they cascade over a steady walking blues rhythm...” and “[Jananis] strong voice takes lyrical delivery beyond heartfelt to a more character driven place conveying toughness, anger, bitterness, passion and a host of other feelings...”.

JANANI released their hit single, Run (Pick Up The Gun), in May of 2015. Shortly after its release, the single won the Akademia Award for Best Alternative Rock song. ExposedVocals.com wrote, “[Run (Pick Up The Gun)s] killer chorus latches itself in your memory after the first listen. Its a well-crafted song that acts as a wonderful homage to the classic rock sound but also just a good piece of songwriting in itself.” Their music has been heard on radio stations such as CKCU 93.1 FM in Ottawa, Canada, KISS 104.7 FM and Orlandos own XL 106.7 FM. It has also been featured in DIRECTTVs documentary, Gone Until December. JANANIs latest single, Run (Pick Up The Gun), will be the theme song of the upcoming television series, Hit Women.

From over two-hundred competing bands, JANANI was selected to compete in the top 8 for the Hard Rock Rising Orlando competition, where they performed in front of a panel of judges including Chris Kirkpatrick of NSYNC. Of over 70 acts in the Tampa Bay Acoustic Music Festival at the Hard Rock Cafe Tampa, JANANI walked away as one of five bands selected to be a Hard Rock Energy Ambassador. JANANI is currently number 1 on ReverbNation Alternative Orlando charts and collectively has over 35,000 fans spanning over 5 different social networks.

Enjoing music and videos from JANANI... cool. Drop them a few dollars for support below.