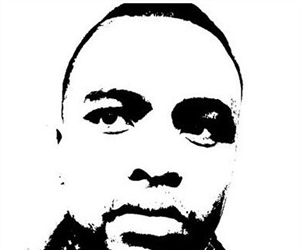 Born around 11a.m. November 3rd 1986, Harris County Hospital located in Houston Texas. Mother, Marjanne Baker delivered her first born Ivor William Jallah at 7 pounds. She never married my father, nor did I grow up under his wing. The fun began in h... Read More

Born around 11a.m. November 3rd 1986, Harris County Hospital located in Houston Texas. Mother, Marjanne Baker delivered her first born Ivor William Jallah at 7 pounds. She never married my father, nor did I grow up under his wing.

The fun began in high school for me. It was where I met my sons mother, and encountered Jail for the first time. Trying to get a buck and unluckily got caught up. I Didn't do any major time cuz, it was my first felony offense, so the D.A. let me off with one years probation and promised if i ever came back I would do every one of the fifteen years.

The summer of 2006 came. All I did was enjoy the night life. Bar and club hopping nearly every night of the week. Money began to run low, and since I didn't want to do any time I stayed legal and decided to pick up two jobs and save the hanging out for the weekend. I still drank and smoked like a snow cabin chimney. Bob Marley once said “When you smoke the herb, it reveals you to yourself." Well it revealed a lot more in my case.

November 2006 a few days before my birthday (Nov 3) I experienced an unforgettable physical breakdown that resulted in a number of psychological tests and evaluations. Prior to my hospitalization I worked 2 jobs a day totaling 16 hours. I was insomnia-tic to say the least. My physical was drained and my mental increased to a paranoia state beyond the norm. I thought I was dead and the hospitals were my gateway to heaven, simply because i saw and felt Hell. If I can also remember I starred the devil in the face. One incident i recall when i was bed ridden, there was a thunderstorm outside. As it got more intense the electricity cut off. My mother went to grab a candle and place it on a teacup saucer. She tripped ad fell on her knees. As soon as the flame from the candle hit the hardwood floor, it burst into flames. There must have been some type of flammable oil of some sort on the floor. The flame was directly next to the bed I laid in. she ecstatically put it out with a towel. This incident was only one of many. I immediately started reading the bible for spiritual comfort, the book of Samuel, (story of david) and Daniel caught my interest the most. One reason or another their stories of courage inspired hope and a path out of defeat.

Loved ones came to my aid with tears of confusion and worry. Counselors did not know what to say, and doctors only suggested more bed rest. There was no medication available. They kept sending me home.

My uncle a professional piano teacher and player, used to teach me gospel piano as a child but my interest was elsewhere growing up. However, I learned a few basics from his teachings.

One night after trying everything to get me back to normal my uncle thought of an idea. He came through the door with a electronic keyboard. Quickly putting the power on, he placed it in front of me. Going over a few chords he taught me as a child, a smile grew across my face from ear to ear as i started feeling spiritually uplifted. I started coming to myself slowly but surely.

I started practicing more and more. The more i touched the ivory keys, the more fulfilled I became. No matter what I played. My uncle Walt was a blessing not only because he taught me the basics of this heavenly instrument, but he felt gracious enough to assign me president of his Music Teaching Company called "Myracle Studios" in 2009. I expanded the company to 24 sites from his 3 in 2010. Just like the name of the company this was only a miracle of how Ivory Keys brought me back to life and success.

Enjoing music and videos from ivorykeyz... cool. Drop them a few dollars for support below.