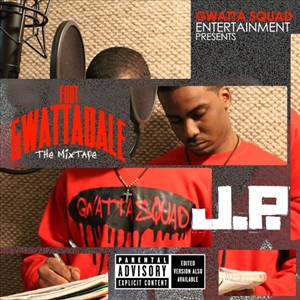 Florida has taken over the rap game throughout the years and has no intentions of slowing down. From Tallahassee to Miami Hip Hop superstars continue to emerge all over the state of Florida. To add to the list of Floridas rap superstars is Fort Laude... Read More

Florida has taken over the rap game throughout the years and has no intentions of slowing down. From Tallahassee to Miami Hip Hop superstars continue to emerge all over the state of Florida. To add to the list of Floridas rap superstars is Fort Lauderdales own Jeffrey "J.P." Prophete. Gwatta Squad Entertainments newest recruit and one of Fort Lauderdales best kept secrets, until now with his national debut single "Bottle of Liquor" the new club anthem. J.P has a veteran presence whose music not only touches Hip Hop audiences but also has a crossover appeal into mainstream and Pop genres. Born and raised in inner city Fort Lauderdale where crime and poverty is prevalent, J.P. had to navigate his way through the streets to survive. Like other artists in the hip hop game coming from the streets, music was his way out of a negative situation. By maintaining and overcoming J.P. strived for greatness and developed a name for himself in Fort Lauderdale. J.P. is the new kid on the block and taking southern Hip Hop to the next level, working with Trick Daddy, Yung Joc, Shawty Lo and Lil Scrappy this up- in- coming rapper has only just begun. J.P. was also featured on the "year"TjsDjs music conference exclusive mixtape. Hes performed at Florida State University for Kappa Week, FAMUs "Be out Day" and at the University of North Florida. J.P. has been selected for the " (what college tour)"college tour to perform his single "Bottle of Liquor" in the United Kingdom, when he is not touring J.P. is in Atlanta, GA working and Grinding with new People and working on new projects. www.gwattasquad.comwww.youtube.com/gwattasquadwww.twitter.com/iamjprophete 813-943-1343@verlgwattasquad

Enjoing music and videos from gwattasquad... cool. Drop them a few dollars for support below.