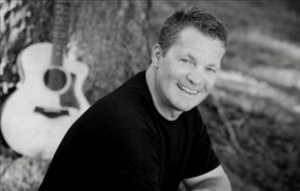 www.gregcraft.com Greg Craft has always had a love for music. He began playing the guitar while he was in Grammar school and received guitar lessons from a small music store at Headland Delowe Plaza In East Point, Georgia. His First electric guitar ... Read More

www.gregcraft.com Greg Craft has always had a love for music. He began playing the guitar while he was in Grammar school and received guitar lessons from a small music store at Headland Delowe Plaza In East Point, Georgia. His First electric guitar was bought for him from a music store that was located above Real 2 Reel Recording Studios in Stockbridge Georgia by his mom and step father. Greg continued to play and met up with several guys in 1990 and they started a band Called “SouthernBred” which consisted of Randy Watkins, Chris Stevers, Kenny Carnes, Jim Allen and Tim Greer. During the time they were together they performed rolling radio shows for two country radio stations in Atlanta Georgia Called Y104 FM and Y106 FM , as well as other private gigs. They met Ron Simpson Of RCS Productions in Fayetteville Ga. and began to perform at Stone Mountain Park during SpringFest and other Venues. During that time they were able to open for Clay Walker, Confederate Railroad, Neil MCcoy, Jerry Reed, Laurie White and Daron Norwood. Greg Craft’s “Just Running Around” is his first commercial release. It hit the stores October 4th, 2012 Greg just released ” LIVIN’ OFF YOUR DIME ” a single on iTunes on January 11, 2013. For more info visit my website at www.gregcraft.com

Enjoing music and videos from GregCraft... cool. Drop them a few dollars for support below.