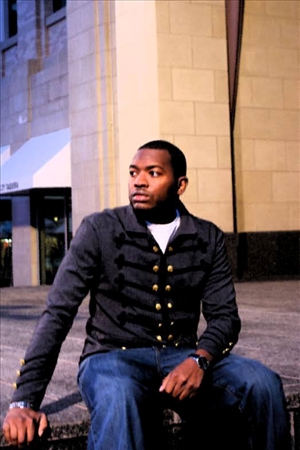 Markivus Nious, better known by his stage name Furyus, is an American rapper from San Antonio, Texas. As a child, both his parents served in the military, which required his family to move to a different base every three years giving Markivus ... Read More

Markivus Nious, better known by his stage name Furyus, is an American rapper from San Antonio, Texas. As a child, both his parents served in the military, which required his family to move to a different base every three years giving Markivus an international perspective from youth. He went to high school in New Jersey and Mississippi; during this time he began to explore making his own music. While in his last years of high school, he completed an internship for WBSL AM 1190 in St. Louis. This gave him early long-term exposure to the technical and business sides of the communications industry. After High school he was hired as a Disc Jockey for the station.

Intent on furthering his career in communications through education, Markivus joined the NAVY within the Air Traffic Control program. In 1999, while stationed in San Diego, fellow Air Traffic Controller, Mario Johnson, owner of The Bomb Entertainment, invited Furyus to work with him at his home studio. This collaboration resulted in an establishment of Furyus as an artist. After being called into operative military duty, he was eventually released from active duty in 2002. In 2003, Furyus created his own label, Stand Alone Music, and began releasing his own work. In San Diego under SAM (Stand Alone Music), Furyus released his debut album titled "Standing Alone". In 2004, he was in invited to perform an East Coast tour sharing the Stage with Mr. Lif in conjunction with Silver-Tongue Entertainment who also convinced Furyus to move to the East Coast to develop and expand his abilities and fan base. Furyus moved to the East Coast in 2005. He immediately followed up the move with the release of "Still Standing" also under his label, SAM. While performing as Furyus, Markivus has been raising a family, serving in the military, studying aviation, and is an international flight coordinator. For a few years, Markivus relaxed his focus on his music career as he was even more determined to advance in his aviation career.

Enjoing music and videos from Furyus... cool. Drop them a few dollars for support below.