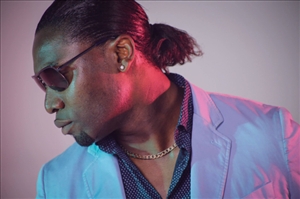 Born Nelsy Amanesi Akomor, popularly known as Fléxy is a singer, songwriter, humanitarian and an entrepreneur, raised in Sapele, Delta State, Nigeria by the most loving grandmother ever. Fléxy developed the love and passion for writing,... Read More

A mix of indie pop, punk, and electronic music

Born Nelsy Amanesi Akomor, popularly known as Fléxy is a singer, songwriter, humanitarian and an entrepreneur, raised in Sapele, Delta State, Nigeria by the most loving grandmother ever.

Fléxy developed the love and passion for writing, singing and acting at a very early stage and it was quite obvious, he was born with outstanding talents, incredibly flexible artistic qualities, a unique style and creativity.

He started professionally in 2002 as a gospel singer with the amazing gospel and r&b group “SNOD”, a four man r&b group like the worlds famous “BOYZ 2 MEN”.

And later in 2004, after the separation of “SNOD”, Fléxy took his music career to a higher level and became a soloist in the trio afro-pop group "Double B".In 2005, he became a member of the “Performing Musicians Association of Nigeria” (PMAN), before his formal group Double B was signed onto Crown Musik N Entertainment Company on a 3 year record deal.He became a solo artist in 2009 and worked as an assistant artists coordinator with Joe Scot MPV (Nigeria). And he was also a studio manager and composer at Crown Music And Entertainment Company (Nigeria).

He has worked with award-winning African producers like Mekoyo, Puffy T, TY Mix, Foster Zino, JWC amongst others. He worked as a professional chorister and a collaborator with various recording artists and also performed in live concerts in Nigeria, Ghana and other parts of Africa.

Fléxy relocated to Italy and continued his career.He is currently affiliated with BMI International (U.S.A.).

He has collaborated as a songwriter with Chart Vision International (USA).

He has collaborated with the “Associazione Arcobaleno” (Milan, Italy), Team Aiuto Milano (Italy), JAF Italia (Italy), local and international artists, co-songwriters and producers; And also with the “Eva Simontacchi Vocal Ensemble” (Milan) and the “Immanking Gospel Choir” as a chorister and soloist.

In february 2015, he participated at the greatest Italian musical festival, popularly known as the “FESTIVAL DI SANREMO” as a backup artist for “RAF” via “Universal Records Italia”. And he also works with “ASS. ITALIANA MUSICISTI S.R.L”(Italy) as a performing artist/vocalist.

He released another single in 2015, titled “Feeling The Bass”. And he also shot and released the video of the single in the same year.

In 2015, he established the “Kip It Sexy Inc”, “Kip It Sexy Entertainment” and “Affect Your Generation Foundation”.

Also in 2015, he launched his official website “meflexy.com”, the “Kip It Sexy Inc” website, “kipitsexy.com” and the “affectyourgeneration.com”

He also did several collaborations with other artists and music professionals.

In december 2015, Fléxy was blessed with a lovely baby boy. His son Rafael a.k.a. MiniFléxy was born in Milan, Italy, with an Italian mother. And the birth of his cute little son, became a great motivation and an amplifier to Fléxys then challenging career. It was a blessing that transformed his life in an incredibly glorious and joyous way.

Fléxy released his hit single “Feeling The Bass (Acoustic Version)” in 2016. And the smooth and sexy song was immediately accompanied with a breathtaking video. The song gained good airplay in Nigeria, Africa and Europe. And Fléxy was featured on several blogs and magazines around the globe.

Known for his flexibility, versatility, creativity and uniqueness, Fléxy is considered as one of Africa’s most gifted artists. He is an outstanding entertainer, a multi talented singer, with a unique and enchanting voice and a rare capability to personalize song interpretation. Endowed with a broad and prolific songwriting ability, his lyrics and diverse messages are truly impactive and his music cuts across different genres.

His charisma, style and charm amplify his electrifying and a mesmerizing stage performance.

Enjoing music and videos from FLEXY... cool. Drop them a few dollars for support below.