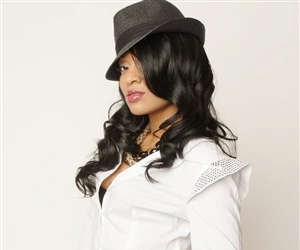 Trendsetter in the House! In an industry where only the strong survive and of the strong how many are true stars, real ones? Very few! Some singers are dancers, while some dancers have a voice, but when your body and your voice are equal monsters, wh... Read More

Hello,My name is Florin Cosmin Chechisan but my friends call me Keky.I was born in a refreshing summer day, on August 21th 1987, in a small town in the northern part of the country named Baia Mare.When I was little, I already know that music was goin...

MARCUS J MOUNT A.K.A. H BLACK WAS BORN AND RAISED IN A SMALL TOWN CALLED PERTH AMBOY IN NEW JERSEY. AS A CHILD HE ALWAYS HAD THE LOVE AND PASSION FOR MUSIC WATCHING MANY OF THOSE THAT WE REFER TO TODAY,AS THE GREATEST SOLO ARTIST AND GROUPS O...

Born in Brooklyn and raised in New York, Mirai has been performing on the New York scene since 2009. In 2010 he graduated from High School and attended Five Towns College to study Music and Audio Engineering. There he met the other 2 members of the s...

Trendsetter in the House! In an industry where only the strong survive and of the strong how many are true stars, real ones? Very few! Some singers are dancers, while some dancers have a voice, but when your body and your voice are equal monsters, what do you call that? All wrapped up in a beautiful package, she is the power of rhythm and the embrace of blues, R&B’s own Envy Carr!

She’s Never Been One to follow the rules! She’s always been to the left, wreaking havoc in the hearts of others who would give their very breath to dance in her light. She is an undeniable beauty with an illustrious beast called pure artistry, walking to her own rhythm confusing all options of comparison. Is she the next Rihanna, Beyonce or Ciara. I think not! She’s Envy Carr Hip Hops New Trump, R&B’s New Wild Card, Neo New Soul!

When asking her who she most admired, she lights up and makes mention to Mary J, Janet, Beyonce and Tina Turner, speaking specifically to their originality, none being anything like the other, much like Envy. She states, “I don’t want to be like them, I want to be amongst them carving my own way, creating my own seat in the castle of great entertainers.”

Born in Trinidad , she acquired her name Envy Carr because of her incredible presence and the impact of her onset, rising above the funk of haters that refused to love what they simply couldn’t change. “Ch.. Ch. .Chatter in the air, Envy doesn’t care” she bellows in one of her upcoming songs. It was only a matter of time before her magnetic gift of song met up with her street swag respective to dancing, style and funk.

In the hands of DML Productions, the 5’3’, 23 year old Envy Carr is planning on staying in the game. She states, “I’ve been singing since I was knee high and began singing professionally by the age of 12, so this is who I am and where I belong.” Look for Envy Carr. She’s definitely a force to be reckoned with

Enjoing music and videos from envycarr... cool. Drop them a few dollars for support below.