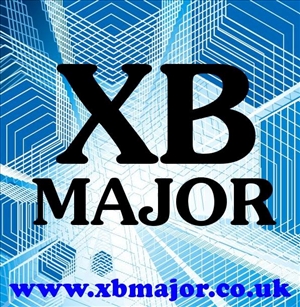 Jason Beaman (born 08 december 1994), from Birmingham,United Kingdom better known as djxb42crewboy is a British Musician/DJ/Radio Presenter/Promoter. djxb42crewboy saw his friend Tempo makeing music back in 2008 and he was like "Cool!!", and he wante... Read More

Things are starting to heat up for me, now I just have to set-up and come through on my end. My first priority was to get my music out there to be heard. That step its done now the next step is to create and produce song worthy of being called a hit.

Jason Beaman (born 08 december 1994), from Birmingham,United Kingdom better known as djxb42crewboy is a British Musician/DJ/Radio Presenter/Promoter. djxb42crewboy saw his friend Tempo makeing music back in 2008 and he was like "Cool!!", and he wanted to get in to it, so on the 31/05/2008 djxb42crewboy made his first music page on myspace and from that day on hes always been known as djxb42crewboy and been in the promotion business since 2008. Hes promoted some of the best artists out there, in may 2010 he started to broadcast on online radio stations that halped him to get online radio plays . In 2011 djxb42crewboy hit number 1 in rap charts in Birmingham on reverbnation and since that day hes allways been in the top 10 on there.in 2013 djxb42crewboy formed the music team xbmajor. in 2014 djxb42crewboy was in SB Entertainer official music video coz dis is my life (check it out) and in 2015 djxb42crewboy was played on FM radio stations (likeradiocardiff98.7FMand kiss fm 104.7Phoenix).

Enjoing music and videos from djxb42crewboy... cool. Drop them a few dollars for support below.