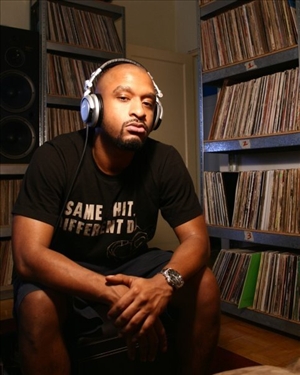 DJ SELF BORN exudes talent when he steps behind the turntables. Accurate in his selections and powerful in his transitions, he is known as one of the nation’s hottest disc jockeys. This South Side of Chicago native started spinning records at t... Read More

DJ SELF BORN exudes talent when he steps behind the turntables. Accurate in his selections and powerful in his transitions, he is known as one of the nation’s hottest disc jockeys. This South Side of Chicago native started spinning records at the age of 16 and for the last 20 plus years has been rocking stages all over the country. Having DJ experience in all arenas including celebrity events, the common club night, corporate benefits, as well as having a radio show, Self Born has become known as a deejay/host that controls the crowd wherever he is booked. Spinning a wide array of music, whether it’s Frank Sinatra to Jay Z or Jamiroquai to Michael Jackson, shows a versatility never seen before. Relocated to South Beach, DJ Self Born has become a well-known DJ throughout the Miami area as well as being an instructor for Jam Master J’s “Scratch Academy”. Along with performing dates as "tour DJ with artists like Special Ed & Brand Nubian… you can catch him spinning any of the best clubs or hotels in South Beach. Spending time on stage as a DJ intrigued him so much that producing became the natural next step. He has produced and arranged music for various artists as well as music for VH-1 television programming and is currently scoring music for upcoming independent films. in 2012 Self Born again worked with VH-1 and Diageos Smirnoff as Musical Director and studio audience DJ for the live taping of "Master Of The Mix" Season 3 DJ competition.

After a 4 ½ year run of his own SELF promoted residency at a world famous South Beach bar & lounge, the Chicago native/South Beach resident took his career in nightlife to the next level by taking over ownership of that very same lounge; Love/Hate (www.lovehatemiami.com). His story has even graced the pages of Jet Magazine as they did a full page feature in October 2012 on the DJ/entrepreneur. As the new owner the vision for his venue/franchise can only be described as the 1st ever “DJ Bar” (a phrase coined by Self Born himself) and is a working template for the bigger franchising vision. You can read about him in the Miami New Times or catch DJ Self Born in person on Miami Beach. Look out for him coming to a city near you.

Enjoing music and videos from djselfborn... cool. Drop them a few dollars for support below.