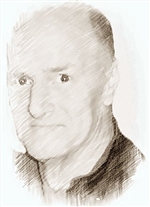 Well I was born in Londonderry in Northern Ireland way back when horses still drew coal on carts lol, actually it was 1953,I was your typical wild red haired ragamuffin getting into as much trouble as I could. I got interested in music around the age... Read More

BIO: I was born and raised in South Arkansas in the 1970's. I was inspired by various music of the times and the music being played in the area such as Blues from the delta, country, southern rock and classic rock were just some my influences. I have...

Billy Kay is am American Country singer, songwriter and musician. Billy is a homeless Veteran, currently living in a shelter in Lexington, South Carolina. He travels America writing, recording and performing on his now-famous "Abject Poverty Tour".He...

Well I was born in Londonderry in Northern Ireland way back when horses still drew coal on carts lol, actually it was 1953,I was your typical wild red haired ragamuffin getting into as much trouble as I could. I got interested in music around the age of 14 and my Mother "Bless Her " bought me my first guitar which lasted for about a month until it met a sad end (getting smashed over my brother's head for laughing at me trying to play it ). That didn't deter me though ,I saved up all the pennies I could and eventually bought myself a new one, thus the musical journey began.

I practiced diligently every spare minute much to the disdain of my family (they really suffered a lot),by the age of 18 I was doing my thing on the Irish Club circuit every week playing the covers of the day and earning a crust or two. I joined a few bands and eventually ended up playing bass in a Rock band, we toured all over the place playing to audiences large & small. We never got to be famous or startingly rich but it was fun.We opened for lots of more famous names (which I won't mention here ) as that would be bragging LOL. Things settled down for a few years and I began writing my own songs strangely enough in the Country Genre. I found a new love for Country music which has lasted to this very day.I also became a believer in the Lord Jesus Christ and write a lot of Christian based songs too.Though I still enjoy a good old Country song.

I moved to Minnesota in the early part of 2008 and got married to my wife Dixie (herself an accomplished songwriter) Together we run a Country Music Radio promotions Company calledTriplestrand Productions. I also produce and host several weekly Christian Music Radio shows forTrue Spirit Powered Radio.Whilst my wife Dixie hosts 3 different shows forTspCountryRadiofeaturing the Best in today's Independent Country & Americana Artists .

Enjoing music and videos from Derek McCorkell... cool. Drop them a few dollars for support below.