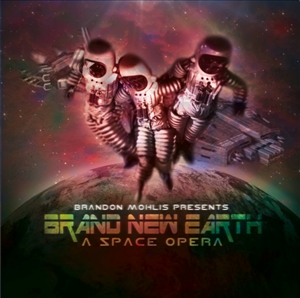 The dirtiest rock this side of the sun and moon, or as Mac puts it, Hard In Your Face Garage Rock. Something for everyone hard rock oriented who digs a heavy groove with a top end that has teeth. 4 years strong and really hitting a stride as far as c...

At the age of 7 Ukrainian neo classical composer Sergey Rybytskyy was lured to the piano in a way similar to Edgar Allen Poe’s character in “The Tell-Tale Heart” was drawn to the heartbeat under the floor. That haunting call has never left Rybyt...

Taylor Skelton is the lead singer/guitar player for rock band Whisky Jack. Over the past few years, he has worked on a side project to bring a different form of music to the airwaves. This new project is a softer side of rock/indie music. Finally rea...

Brandon Mohlis is an independent musician, artist, songwriter, producer, andeducator, and began studying music at a veryearly age. Aftergraduating in 2005 fromthe Conservatory of Recording Arts and Sciences in Tempe, Arizona, Brandon went on to play lead guitar in St. Madnesswhere he released 3 albums with the bandand won three LA/Phoenix Music Awards, including "Rock Artist of the Year" and "Record of the Year" in 2010, and "Rock Artist of the Year" in 2011. He toured with the bandas well, and outside of having played nearly every venue in Phoenix, has also played at Southern Metal Records Rockfest in Atlanta, and once even played as the house band at Rage In The Cage at Glendale Arena, home of the Phoenix Coyotes.

He then headedto L.A., where he wrote, recorded, and produced music for licensing agency Riptide Music, and taught musiclessons independently.

Having achieved Pro Tools and SIA/JBL Smaart certification,Brandon ownshis own small recordingstudio, and before beginning classesat MSU, he released a demo called "Thrashgrass", containing 3 songs that combine elements of heavy metal with bluegrass, and was featured on Phoenixs "Driving With Gass" heavy metal radio show in 2012.

Enjoing music and videos from brandonmohlis... cool. Drop them a few dollars for support below.