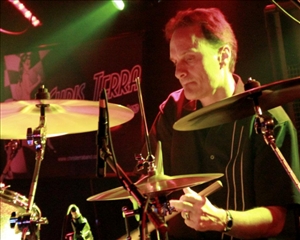 BobHolz -Composer/drummer/producer/clinician. An alumni of Berklee School of Music, Bob majored in performance and composition with teachers Gary Chaffee andMichael Gibbs. He went on tostudy privatelywith Dave Weckl andBilly Cobham. He alsofound a me... Read More

The story begins with two brothers, Daniel and Jonathan. These brothers loved adventure and all things strange, wonderful, and cool. So when they learned of a mechanized utopia across the sea, they purposed in their hearts to someday travel there. La...

Enjoing music and videos from Bob Holz Drummer... cool. Drop them a few dollars for support below.